Plenty of people still have a difficult time wrapping their heads around what bitcoin is or why it even has value, especially as the virtual cryptocurrency continues to scale record heights. How isn't this a Ponzi scheme, many have wondered?

A good way to look at it is to compare it to gold. What gives a shiny metal that doesn't have a whole lot of real utility--outside of jewelry and limited industrial use--any kind of real world value?

The only reason gold has value is because one day, way back when, long before recorded history, society simply decided that this yellowish precious metal should represent “money.” From that day forward--as that idea spread virally across the globe (or at least the small part of the planet then settled by homo sapiens)--gold came to be worth something in the eyes of the people.

As a representative (and thus store) of value, it became a universal intermediary between goods and services. This was the natural, inevitable economic evolution of the barter system. As it retained its value over time--and eventually throughout human history--gold gained cultural credibility. That’s the quick and easy answer. 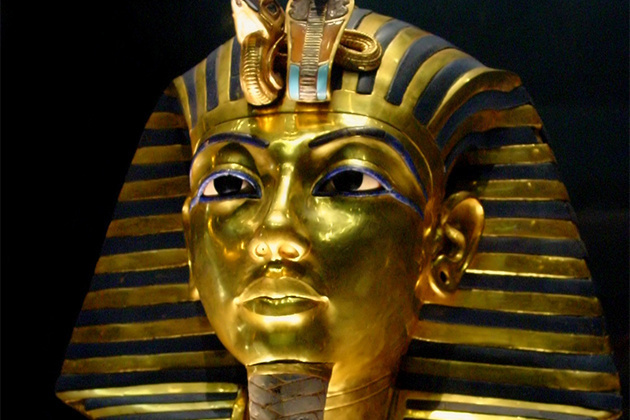 Uninscribed Lydian coins made from electrum, a naturally occurring gold and
silver alloy, 6th century BCE. The first gold coins of the Grecian age were struck
in Lydia around 700 BC, via Wikimedia

Why the chemical element Au? There’s its obvious aesthetic qualities. But gold’s longevity comes from scarcity; its limited quantities were never able to keep up with demand. Since the beginning of human history, a total of 171,300 tonnes of gold have been mined.

As the human economy evolved, we'd eventually transition from gold to paper money, but up until the end of World War II, gold remained a fundamental piece of the financial system in the form of the gold standard, by which governments pegged the value of their printed currencies to amount of gold they owned.

After the war, the gold standard was partially abandoned with the establishment of Bretton Woods, yet the world system remained implicitly tied to it even as countries adopted the U.S. dollar as their reserve currency, being that the U.S. promised to maintain the price of gold at $35.

Then in 1971, due to the financial strains of the Vietnam War, President Nixon ended the direct convertibility of the dollar to gold, thus establishing the U.S. as a fiat currency, money that was backed only by the credibility of the U.S. government. No longer elementally linked to the modern economy, gold still kept its value as an investment asset, given its historic credibility and cultural relevance. Today, one ounce of gold is worth over $1600

Bitcoin, in its present form, has a stark resemblance to gold. Both are backed by no one. Both are, relative to fiat currency, inconvenient for day to day use. Your gold coins or bitcoins (yet) won’t do much good at the grocery store. Both lack intrinsic value. If the apocalypse arrived tomorrow, your gold and BTC won’t help you survive against the zombies. Both have value only because society has confidence that they will maintain said value over time.

Bitcoin, of course, has been around only since 2009, so it doesn’t have the same kind of long term credibility. But the supply of bitcoins, like gold, are also constrained, built into its elegant mathematical model. There’s hard limit of 21 million bitcoins to be mined, which is predetermined to be reached during the year 2140. So as bitcoin demand and adoption continue to outpace its supply, its price will increase in lockstep.

So why bitcoin? Because bitcoin is gold on steroids, designed for a society that lives through the internet. Bitcoin is designed with the ideals of the contemporary cyber movement in mind: decentralization, peer to peer, cryptography. Easily transferable in ones and zeros, it’s a storage of value for a virtual society. As a payment system, it's a temporal store of money that can be easily sent across the globe securely and speedily without counterparty risk. No matter the price of bitcoin, these benefits will always give it purpose. With bitcoin trading over $60, its market capitalization is approaching $700 million.

With this app you always have your Bitcoins with you, in your pocket! You can send payments simply by scanning a QR-code or by touching two phones together (NFC). Bitcoin Wallet is designed to be easy to use and reliable, while also being secure and fast.

FEATURES:
• No cloud server or service needed! This wallet is peer to peer.
• Display of wallet balance in Bitcoin and various other currencies

With the price of bitcoins skyrocketing, mining is suddenly big business, so enticingly big that one wannabe miner was willing to pay a 1,333 percent premium to get his (or her) foot in the door of this wildly lucrative bitcoin bonanza. Ladies and gentlemen, welcome to the bitcoin gold rush.

The craziest part? This wasn’t an auction for a physical, working, ready-to-ship bitcoin mining machine from Avalon, which claims to be the first to develop turnkey, bitcoin-specific mining computers for sale. For $20,600 (bidding started at a reasonable $500), the lucky winner only received a place in line and the promise that an actual (pre-ordered) miner will be delivered sometime next month. If that sounds ridiculous, well, it’s because it quite possibly is.

But clearly there are bitcoin-savvy folks betting that paying 13 times the price of a machine will actually pay off. How did we arrive at this maniacal juncture? Was it greed? Stupidity? Or simple mathematics? For the full story, we’ll have to start from the top.

Canadian house first on sale for Bitcoin currency​
A Canadian man is selling his house in exchange for Bitcoins – the world’s alternative decentralized digital currency that is gaining popularity with more and more people, trying to keep their deposits safe as they lose trust in real currency.

Twenty-two-year-old Taylor More is the first to list his two-bedroom bungalow in Alberta on the website For Sale By Owner in exchange for the hard-to-trace digital Bitcoins - 5,362 of them (US$395,000).

“My home is being traded for Bitcoins!” reads More's listing. “Properties like this rarely come on the market and this one's priced to sell in one of the most sought-after recreation areas of the Rockies.”

The current exchange rate of one Bitcoin is US$73.

“I have a few projects that I am working on that involve Bitcoin and they happen to be a pretty hard thing to get your hands on right now if you want to get them in large quantities,” More told CBC. “So I figure the best way to get them is to try to sell our property.”

Bitcoin is an experimental, decentralized digital currency first introduced in 2009, which allows instant payments to anyone, anywhere in the world. Bitcoins do not physically exist and are not issued by a central bank.

“Because it has no central authority no one can freeze accounts. So people are seeing the beauty of it, especially considering what is going on in Cyprus with everyone’s bank accounts being frozen. This is a way to keep your savings safe,” argues More.

The currency has been growing in popularity because of its privacy and the ease of peer-to-peer payments. Bloomberg valued the “alternative world currency” at over US$600 million.

“You basically have an e-wallet and every wallet has its own ID number and that is how you are recognized in a Bitcoin world,” added More.
S

[Editor's Note: The following post is by TDV Editor-in-Chief, Jeff Berwick]
While European politicos negotiate in Brussels, deciding the fate of other people’s money in Cyprus, the free market has already moved in to help Cypriots get access to their money via other means…
Banks have been closed for the last week in Cyprus and if they do re-open on Tuesday, it has now been announced that daily withdrawal limits at ATMs will be 100 euros per day.
As the Cypriot Drama unfolds before our very eyes, I began pondering what tangible solutions there are to bank holidays and bank runs. What could I do to help in Cyprus and all other countries (like Spain, Greece and Italy) for which, as we have predicted at TDV, bank closures are coming? The answer wasn’t hard to come up with. If these people had simply bought bitcoins with their savings, not only would they currently have 100% access to their funds, but also they would have enjoyed a parabolic move to the upside over past months.
ENTER THE WORLD’S FIRST OPERATIONAL BITCOIN ATM
Upon examination of the marketplace and many discussions with Justin O’Connell (TDV Newsletter & Gold Silver Bitcoin), as well as another key strategic partner of ours, I have decided to move forward with what I believe could be the next multi-billion dollar business venture
You must log in or register to reply here.
Share:
Facebook Twitter Reddit Pinterest Tumblr WhatsApp Email Link