BTC USD 37,712.3 Gold USD 1,792.10
Time now: Jun 1, 12:00 AM
Menu
Log in
Register
Navigation
Install the app
More options
Lights off
Contact us
Close Menu
You are using an out of date browser. It may not display this or other websites correctly.
You should upgrade or use an alternative browser.

'Stand By Me' filem Doraemon terakhir

EVERYTHING HAS AN END!

Doraemon New Movie 2014: 'Stand By Me' To Mark End Of Franchise

The official website for "Stand By Me Doraemon", the first 3D CG film starring the famous robot cat Doraemon, uploaded a new teaser trailer on Youtube.

The narrator states that this is, "Doraemon's first - and final - story." Doraemon tells Nobita, "I can't stay here anymore." The tagline at the end of the video reads, "To everyone who has experienced childhood."

From the looks of it, the movie will focus on Doraemon leaving Nobita and how Nobita will deal with Doraemon leaving. Just like "Toy Story 3" it will probably deal with the theme of growing-up and leaving the child-like life behind.

The film will open in Japanese theaters on August 8. 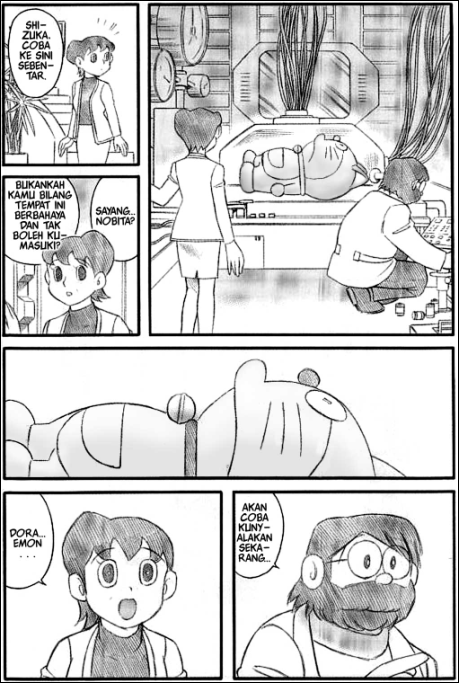