BTC USD 40,327.3 Gold USD 1,865.88
Time now: Jun 1, 12:00 AM
Menu
Log in
Register
Navigation
Install the app
More options
Lights off
Contact us
Close Menu
You are using an out of date browser. It may not display this or other websites correctly.
You should upgrade or use an alternative browser.

This strategy allows you to trade with the trend, and as we know, one of the most successful trading methods that follow the trend because the trend is your friend, and we will use simple tools to find the direction and this method is suitable for all currency pairs and commodities and stocks.

How to Find the trend?

2-Direction conditions: (How to Check the direction): 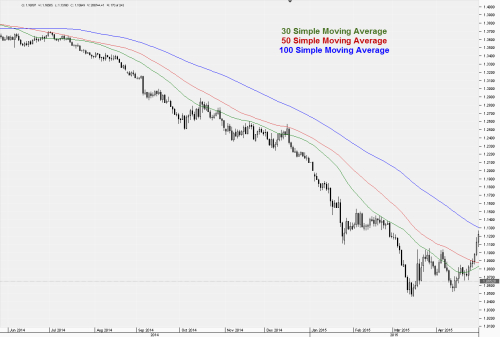 2-2 All moving average lines (SMA) are pointing in the same direction: 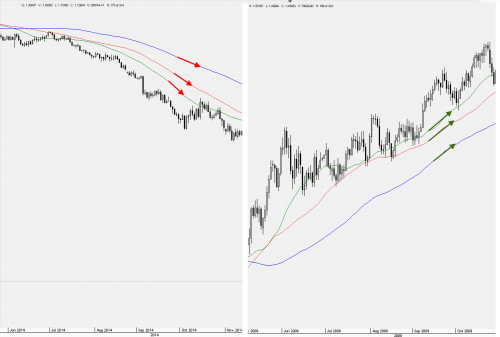 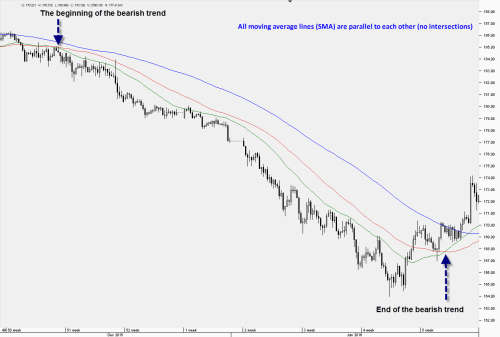 The price should not touch or close the SMA for the duration of the trend (trend)
When it touches or exceeds the 100 SMA, this is a sign of Weak trend / End trend / Trend reversal / Do not enter any opportunity with direction.
When it touches or exceeds the SMA 100 to leave any opportunity until the 6 conditions are formed again in the same direction or the opposite direction.

The dynamic zone of support and resistance (Gold Zone) is a price control area and entry into transactions
6 conditions must be met to have a true and strong direction
If Condition 6 is not met in a certain frame it is preferable to look for it in other frame.
For example, we found a strong trend in the 4-hour frame, but Condition 6 has not yet been achieved, so we will move to the hour or half an hour until we find the conditions.

In the end, I hope you like the strategy and if you have a question, please let me know in the comment.
N

These indicators are easy to use, but they have not become less effective. And it means that if you have a good understanding of a certain topic and understand how it can be applied in practice, then most likely you will be able to learn to make money with it. The main thing is to have a good understanding of the mechanisms of what you use in your work.
You must log in or register to reply here.
Share:
Facebook Twitter Reddit Pinterest Tumblr WhatsApp Email Share Link

Breaking down the Charts with Support & Resistance