AUD/USD: the pair remains under pressure


Last year, the RBA cut interest rates three times amid a trade conflict between the US and China and weak growth in the Australian economy. In December, the RBA left the key interest rate unchanged, at a record low of 0.75%. Now, labor market conditions, household consumption growth rates, and company investment are key to the February meeting of the RBA, after the US and China entered into a “first phase” trade agreement last week.

RBA managing director Philip Lowe in November admitted the possibility of further stimulating the Australian economy after the rate drops below 0.25%. In the Australian economy, consumer demand is now declining and in recession. Personal consumption accounts for almost 60% of GDP, so the RBA always focuses on spending in stores. Without rapid growth in personal consumption, employment in the labor market will slow down, and the investment market will cool.

The Australian economy is expected to create +15,000 new jobs in December, while unemployment remains at 5.2%. Data from the Australian labor market will be released Thursday at 00:30 (GMT). Weak GDP growth, low personal consumption and weak retail sales reinforce expectations of further interest rate cuts at a meeting of the Reserve Bank of Australia on February 4, which will put downward pressure on AUD.

A breakdown of the local support level of 0.6828 (today's and monthly lows) will confirm a downward trend and a return to the global downtrend, in which AUD / USD has been since August 2011. 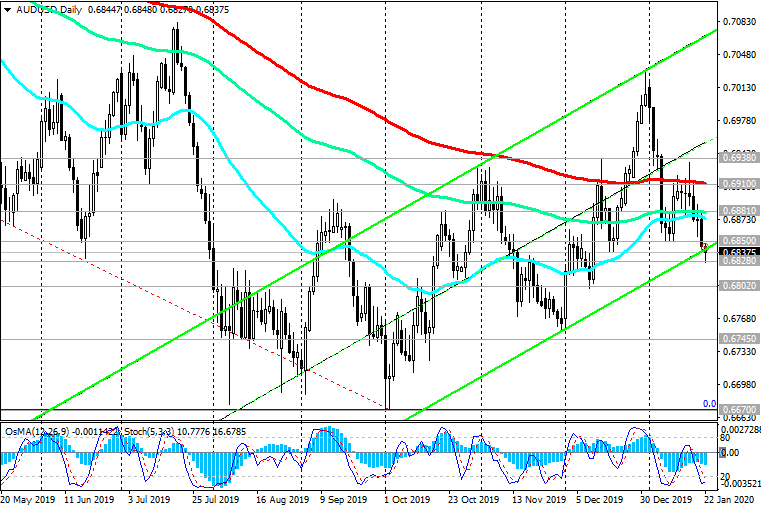 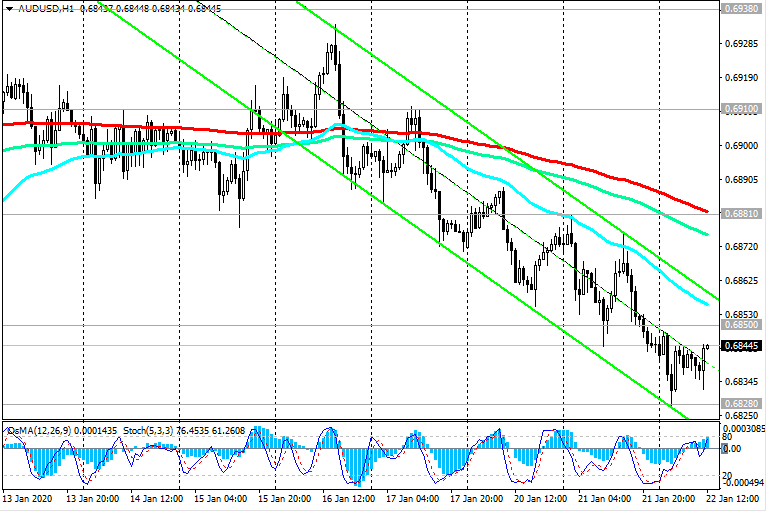 EUR/USD: on the eve of the ECB meeting

Since the opening of today's trading day, the EUR / USD pair has been trading in a narrow range on the eve of the publication of the ECB's decision on rates.

Below the key resistance level of 1.1150 (ЕМА200 on the daily chart), the long-term negative dynamics of EUR / USD remains, which speaks in favor of short positions.

At the same time, the ECB leadership today may announce an increase in inflation expectations and reiterate that it is "closely monitoring the potential side effects" of negative interest rates on the economy.

The ECB's decision on rates will be published at 12:45 (GMT), and the press conference will begin today at 13:30 (GMT). A sharp increase in volatility is likely to occur during this period of time, especially if unexpected statements regarding the monetary policy of the bank are followed by ECB management. Negative interest rates are likely to continue for some time to come, but the ECB may revise them at some point.

Any statements by the ECB management that may indicate the possibility of moving away from the bank’s extra-soft monetary policy towards tightening it will be regarded by market participants as a signal to resume purchases of the euro, which will also cause the EUR / USD pair to grow.

The breakdown of the local support level of 1.1064 may provoke a deeper decline in EUR / USD. 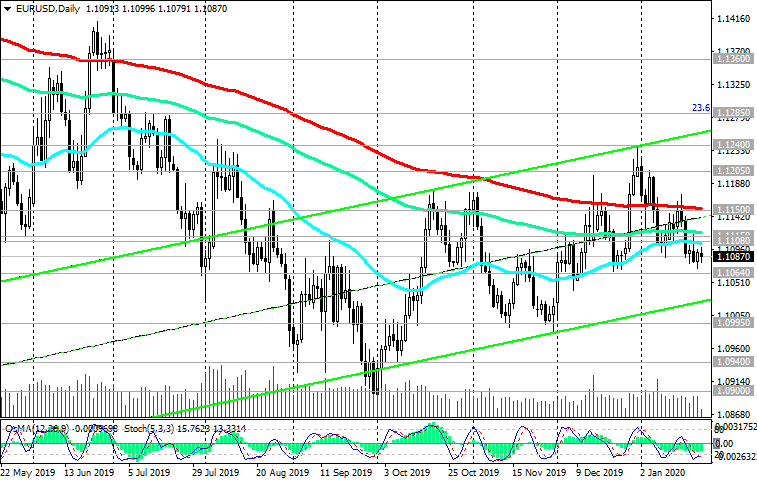 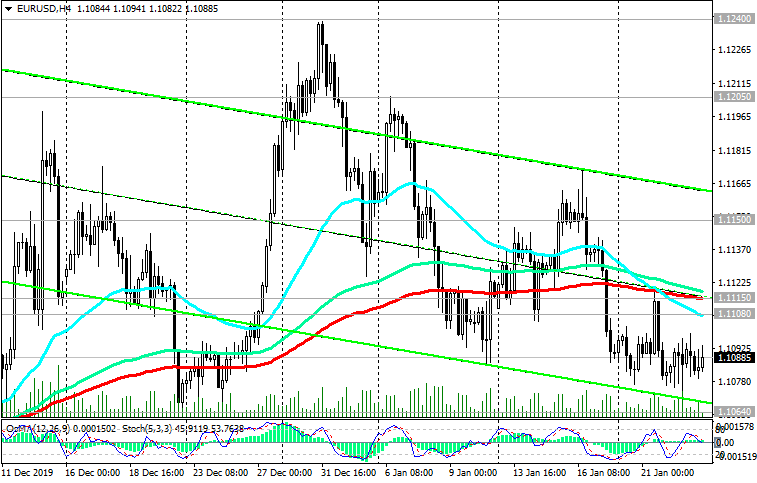 The New Zealand dollar received support today at the beginning of the Asian trading session after the publication of consumer inflation data. The consumer price index (CPI) in the country in the 4th quarter increased by +1.9% (after rising by +1.5% in the 3rd quarter, with the forecast of +1.8%). The NZD / USD rose in the first half of today's trading day, reaching an intraday high near 0.6628.

Meanwhile, commodity prices continue to decline amid the spread of the deadly virus in China.

While the NZD / USD is trading above the key support level of 0.6545 (ЕМА200 on the daily chart), its long-term dynamics remains.

The breakdown of the support level of 0.6428 (EMA144 on the daily chart) and a further decline will indicate the resumption of the global downtrend NZD / USD and the relevance of short positions with long-term goals at support levels 0.6260, 0.6200, 0.6100.

On the other hand, a breakdown of local resistance levels of 0.6635, 0.6665 could trigger an alternative growth scenario in the upward channel on the daily chart with targets at resistance levels of 0.6770 (EMA144 on the weekly chart), 0.6865 (EMA200 on the weekly chart and the Fibonacci level 23.6% of the correction in the global wave of the pair decline from the level of 0.8820).

Meanwhile, more active growth of the New Zealand dollar at the moment should not be expected, according to economists. Investors are gearing up for a slowdown in China, the largest consumer of commodities. Rising concerns about declining commodity demand will put pressure on commodity currencies, including the New Zealand dollar. 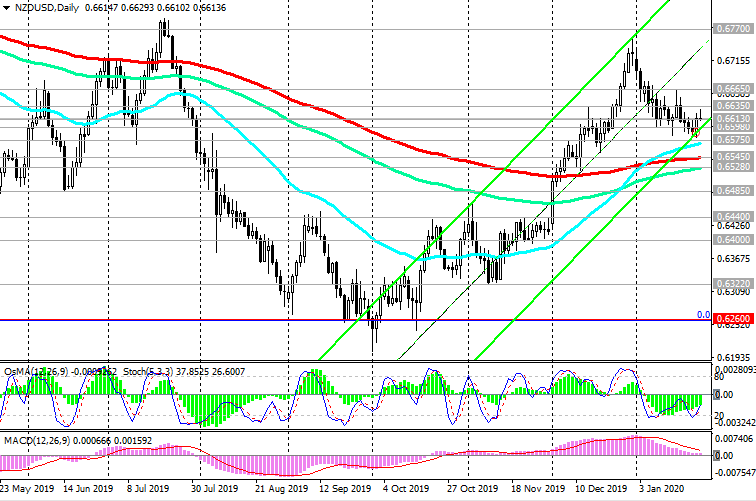 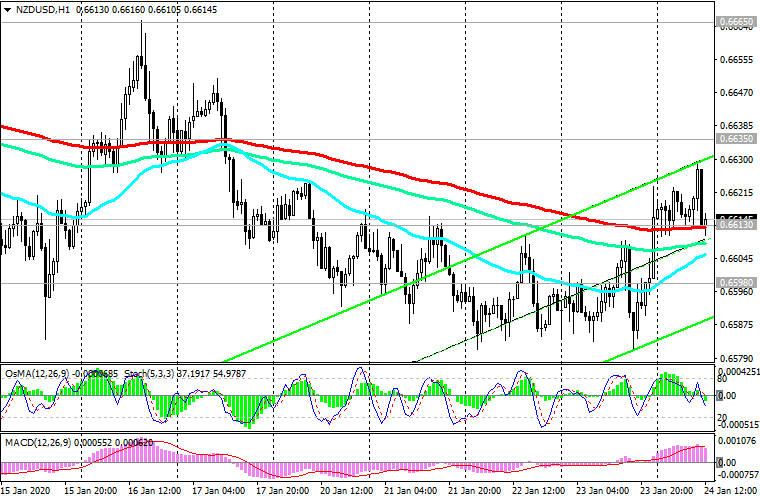 GOLD AND USDX : Daily Signal And Analysis From InstaForex
74 75 76