BTC USD 36,380.0 Gold USD 1,839.22
Time now: Jun 1, 12:00 AM
Menu
Log in
Register
Navigation
Install the app
More options
Lights off
Contact us
Close Menu
You are using an out of date browser. It may not display this or other websites correctly.
You should upgrade or use an alternative browser. RPK, as he is known, said the head of a bank had obtained approval from central bank governor Zeti Akhtar Aziz for the money to be brought into the country. “The RM2.6 billion was brought into Malaysia with the full knowledge and prior consent of the Bank Negara Governor herself,” he wrote in a blog post today.

He also published a copy of the alleged MACC report, entitled “Laporan Kes Ambank”, and said it was protected by the Official Secrets Act.
Nor Mohamed Yakcop, a former minister in the Prime Minister’s Department, is also mentioned in the report. He is alleged to have had RM85 million, related to a 2009 1MDB Sukuk offering, in a proxy account in Singapore.

MACC had previously taken his statement. However, he has not been called to testify at Najib’s trial relating to funds of SRC International.
Raja Petra alleged that former attorney-general Tommy Thomas had lied when he claimed that MACC had not completed its investigation while he was AG and public prosecutor.

RPK said the MACC report showed it had been completed in 2019. Thomas stepped down from the post in February 2020.
The RM2.6 billion deposit – which Najib said was a donation from the Saudi royal family – became the subject of controversy and subsequent action against Najib.

RPK said “Zeti had done due diligence on the source of funds to ensure the money was not obtained illegally” before giving her approval.
“Clearly the whole truth has not been revealed and much has been hidden from Najib’s defence team and from the court,” he wrote.
Raja Petra had previously claimed that Zeti’s husband and sons received over RM100 million in funds from fugitive financier Low Taek Jho, or Jho Low, the mastermind behind the 1MDB scandal.

Last month, the MACC said it has to date, managed to recover assets and funds linked to 1MDB amounting to RM20.5 billion, including the return of assets worth US$15.4 million (RM64.4 million) from a company co-owned by Tawfiq Ayman, Zeti’s husband, a witness in Najib’s 1MDB trial.

Thomas recently claimed that Zeti and Tawfiq had “facilitated” Jho Low. In a recent interview, Thomas said that to his “knowledge” the investigation papers had “not been completed on Zeti and all the others”.

But Raja Petra said that according to the MACC report, it had been completed in 2019. 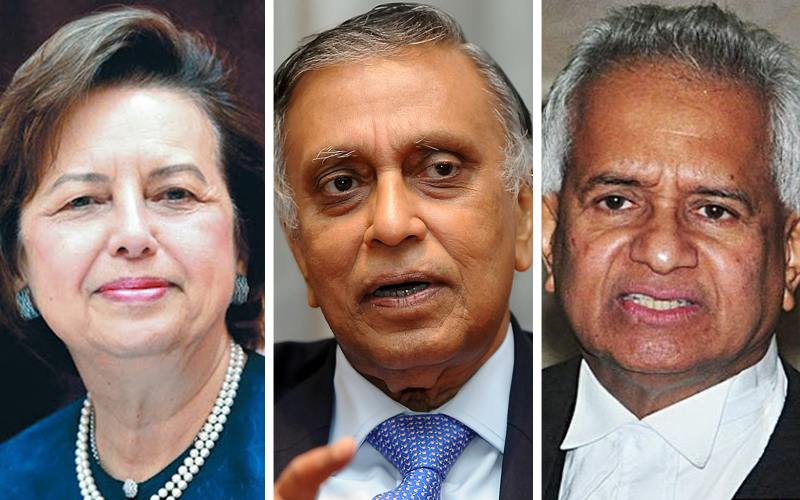 Raja Petra Kamarudin reveals alleged MACC report, says 'the whole truth has not been revealed' and much has been hidden from the court.