BTC USD 37,827.0 Gold USD 1,792.10
Time now: Jun 1, 12:00 AM
Menu
Log in
Register
Navigation
Install the app
More options
Lights off
Contact us
Close Menu
You are using an out of date browser. It may not display this or other websites correctly.
You should upgrade or use an alternative browser. 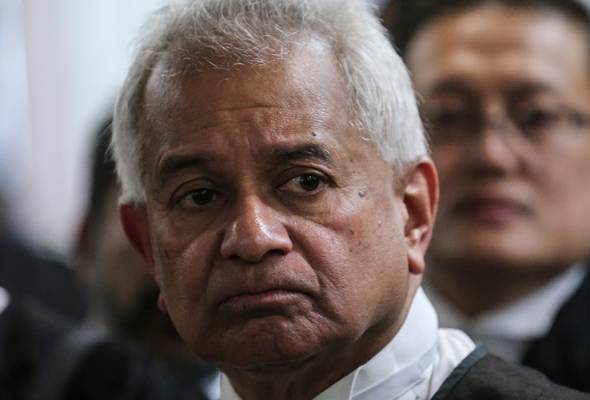 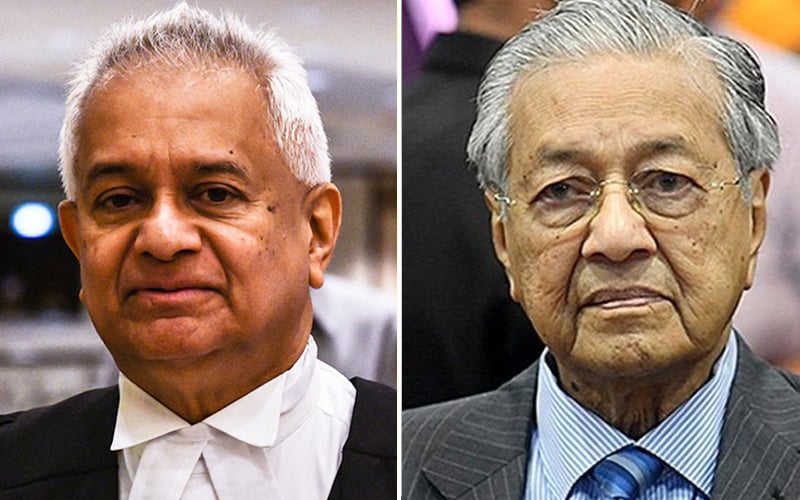 The lawyer said he met the then prime minister to brief him on the Naik issue sometime in 2018.
Prior to his meeting with Mahathir, the Indian high commissioner met Thomas to discuss Naik and they wanted Malaysia to “expel him from our shores”.

“He (high commissioner Shri Mridul Kumar) was frank. The India-Malaysia relations would not be on an even keel unless the ZN issue was resolved to India’s satisfaction.

“He also agreed that instituting extradition proceedings against Naik in our courts would exacerbate tension.

“I then briefed Tun (Mahathir) on the matter and he agreed any form of court action must be avoided at all cost because that was what exactly Naik would prefer; a platform for him to spew his poison,” Thomas wrote in his memoir, “My Story: Justice in the Wilderness”, on sale now.

He also said he suggested for Naik to be expelled from Malaysia so that “it would be his responsibility to find a home other than India”.

However, he said Mahathir did not accept this solution and told him to leave the matter to him.


“Over time, when I brought up the Naik matter, his response was the same, and that no third country was willing to accept him,” he added.

Thomas said he also spoke to Inspector-General of Police Abdul Hamid Bador over Naik and was told the police wanted to have Naik removed from Malaysia.

“Tan Sri Hamid said despite their best endeavours, no Muslim country in the world wanted Naik.

“I have mentioned several countries but IGP replied that each of the countries had declined to have Naik,” he said.

Thomas went on to say he was “puzzled” at why his advice over Naik was not accepted by Mahathir.

“At that time, Tun was concerned with adverse religious and racial sentiment concerning the expulsion of Naik (not extradition).

“Tun was constantly haranguing the Malays for being indolent,” Thomas said, adding that if Mahathir had taken his advice and acted on it, Pakatan Harapan would not have suffered politically for long.

Thomas said that the “controversial and notorious” figure was granted permanent resident status by then deputy prime minister and home affairs minister Ahmad Zahid Hamidi, apparently against the advice of the Special Branch.

“The principal criticisms against Zakir Naik were that he publicly attacked other religions, and he was partisan to PAS and Umno, thereby interfering with our domestic politics. As a foreigner, he had no business engaging in either activity.

“So long as Umno was in power, Zakir Naik had a safe haven in Malaysia. India had written formally to Malaysia seeking his extradition while Najib was prime minister. It was never considered.”

Thomas also spoke about PH’s decision to ratify the Rome Statute had “substantially damaged the credibility of the coalition”. The Rome Statute is important as it established the International Criminal Court.

“The disinformation surrounding the Rome Statute was classic Trump-style politics and it succeeded.”

He said some academics had made a false case to frighten Malaysians.

Thomas pointed out then foreign minister Saifuddin Abdullah was “most keen for Malaysia to sign on”, and the former minister in the Prime Minister’s Department for national unity, P Waytha Moorthy, was its biggest backer.

The lawyer said both ministers faced resistance from the civil service, led by the AG’s Chambers and Wisma Putra over the Rome Statute, prompting him to call for a meeting and invited NGOs, as well as Waytha and Saifuddin to sit with the civil servants.


“I attended and gave my personal opinion favouring entry. Noor Farida Ariffin, former ambassador to The Hague and also senior AGC officer, was happy with my advice.

“I followed up with an opinion to the prime minister and briefed him,” Thomas said.

He also said he was invited to the Conference of Rulers and briefed most of the state rulers after the Rome Statute became controversial.

“I explained the legal position and gave my opinion.

“Many questions were asked and I endeavoured to answer to the best of my ability. It was a frank discussion lasting about 45 minutes,” Thomas added.

He cheekily mentioned that the session was “similar to submitting to a court of nine judges” when he had a brief conversation with the grand chamberlain after the meeting. 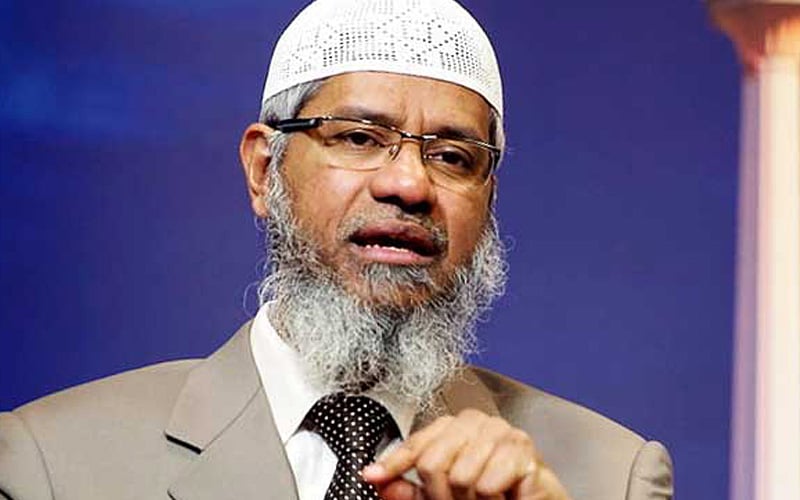 Former AG Tommy Thomas says Dr Mahathir Mohamad agreed the controversial preacher would use such a platform to 'spew his poison'. Of course, Thomas Thomas @ Mohan is revealing one by one all the shits done by Dr M but my question is why now? Is it because he has published a book and he wants us to buy that book?

Dr M and his Great Stories, well we all know. Yet, the shameless DAP and PH helped Dr M to revive his political career. Padan muka, wahai bajingan.

Anyway, Mohan. Did you write in your book about the circumstances leading to your Tan Sri title? What about your partner who became the Federal Government's lead counsel in the Equanimity case? She didn't charge a single cent, you said, but yet the Federal Government paid MYR 1.6 million in legal fees to the firm Joseph & Partners, and MYR 360,000 to another lawyer Ong Chee Kwan. For what? Did you explain this as well?

In your Abuse of Power book, you said that it is dangerous for the AG to act also as the Public Prosecutor. So, what have you done to separate them?

P.S. Your dancing video was good. Hopefully, you have also stated in your book the best way to dance in public, in the presence of judges, lawyers and a lawyer accused of a crime (and whose charges got dropped one month after the dance).
Share:
Facebook Twitter Reddit Pinterest Tumblr WhatsApp Email Share Link