Taiwan Doctor Ridicules M'sia For Failing To Control COVID-19 Despite Having Hot Weather
This is the second television show from Taiwan that has drawn flak for its inaccurate reporting on Malaysia's handling of the COVID-19 pandemic.


A Taiwanese doctor is receiving backlash for saying Malaysia is "embarrassing" itself for failing to contain the COVID-19 pandemic despite having hot weather in the country
On a televised show published on Facebook yesterday, 5 April, Dr Lee Bing-ying said it is easier to control viral diseases in hot weather countries based on an article he read. Image via TVBS/Facebook
"It is easier to control an epidemic in tropical regions, but they are not totally immune to diseases," said Dr Lee, who is the chairman of the Paediatric Infectious Diseases Society of Taiwan.

"Let's take influenza as an example. We have the influenza epidemic every winter (in Taiwan) and we still receive some cases during the summer.

"I came across an article about research on influenza vaccines. The research results... I realised that there are three to four tropical countries with a lower influenza prevalence.

Therefore, if you are in a tropical country where the weather is hot, and yet you cannot control the viral disease, it is embarrassing.Dr Lee Bing-ying
Click to expand...

However, the World Health Organisation (WHO) has refuted the claim that high temperatures can prevent COVID-19
In a myth-busting gallery posted on the WHO's Facebook page today, 6 April, it said that temperatures higher than 25°C do not prevent the transmission of the coronavirus disease. 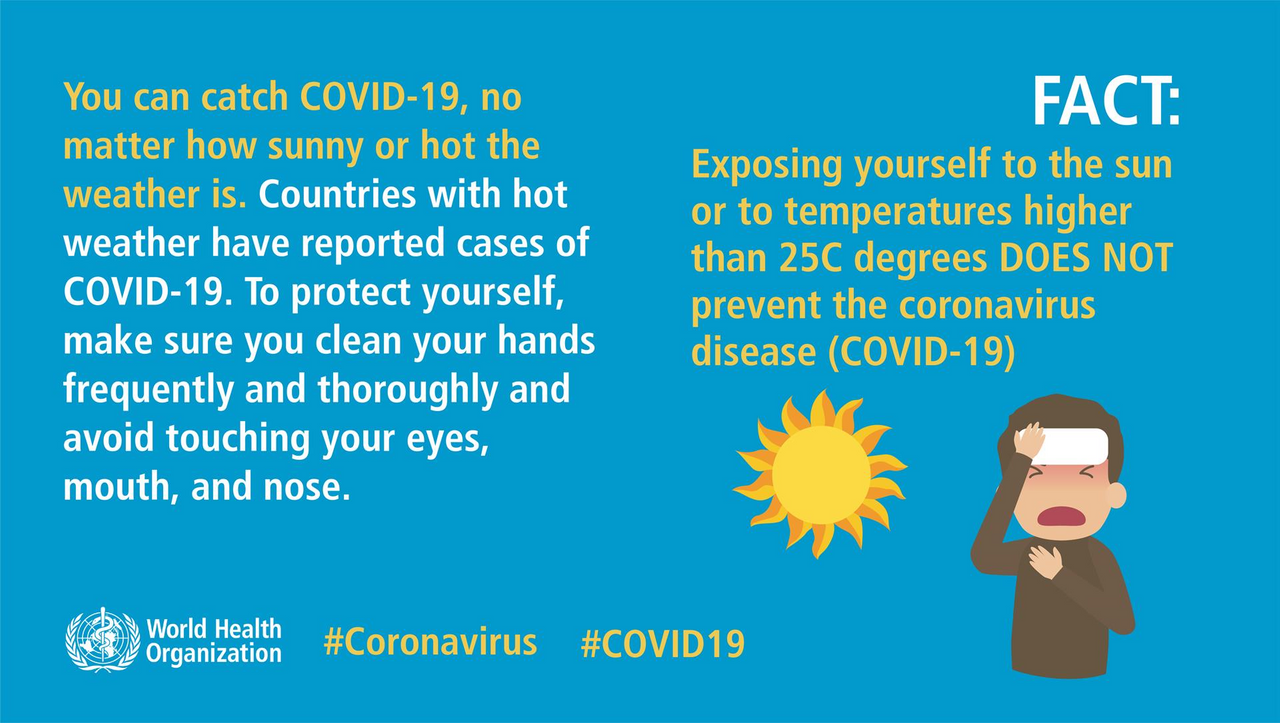 Image via WHO
In another comment, Dr Lee criticised Malaysians for not wearing masks and claimed that we are "American-England kind" of people
"Other than that, I also saw some footage and pictures from Malaysia," he continued.

"They are not wearing face masks. I think they are like the American-England group, they are the same kind," Dr Lee claimed, to which the host of the show added that Malaysia was once ruled by the British Empire.

The host claimed that Malaysians do not wear face masks because the weather is too hot and causes discomfort.

After hearing that, Dr Lee said while it is not comfortable to wear face masks, a nationwide lockdown is more unbearable.

"The Malaysian government then announced this and that and whatnot, but at the end of the day, the people are still not wearing face masks," he said.

"Wearing face masks is the most important and most effective preventative step." Image via TVBS/Facebook
Dr Lee added that Putrajaya's decision to "lockdown" the country will starve people to death, while other show's guests compared Malaysia with other "poor" countries
The show’s guests talked over each other, throwing examples of impoverished countries like India, African continent, and Middle Eastern region.

"The steps (Movement Control Order) taken by the Malaysian government may reduce the number of deaths in the country, but more people will die of hunger and thirst," the doctor claimed.

He compared Malaysia with countries with a huge population living in poverty and said such a "lockdown" will put many citizens into unemployment and they will starve to death.

Dr Lee told the Malaysian government to evaluate the implementation, before concluding that the COVID-19 battle in Taiwan will not end even after the summer comes. 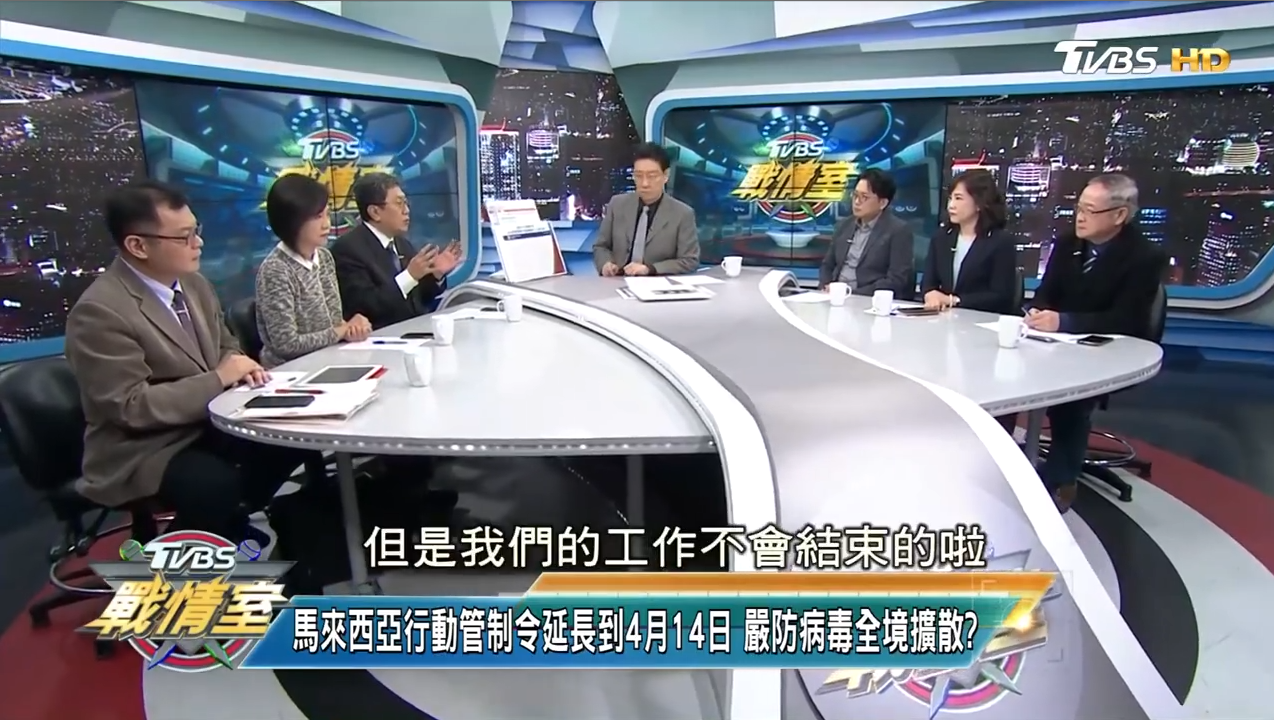 Image via TVBS/Facebook
Dr Lee's comments made on the TV show sparked outrage on social media, with many Malaysians doubting his professionalism Image via TVBS/Facebook
On TVBS' Facebook page, where the video was uploaded, netizens criticised the TV show for inviting experts on the programme to spread false information about the country.

"Pretending to be an expert? Malaysians do not wear a mask? Then why are face masks all sold out in the country? You do not understand anything, yet still talking nonsense. This is what Taiwan described as the so-called experts! They are frog at the bottom of the well," said a Facebook user.

Image via Facebook
Another agitated netizen asked, "What do you mean by a tropical country that cannot control a viral disease is embarrassing and 'American-England kind' of people? Are you trying to show your stupidity?"

Image via Facebook
One person pointed out that this is the second TV show from Taiwan that reported false information on Malaysia's handling of the COVID-19 pandemic.

"How can you misreport! Very irresponsible, you Taiwan TV! Just take some screenshots on the Internet and then report indiscriminately! Don't you feel ashamed?" commented a netizen.

"Why don't you talk about America which has over 100,000 confirmed cases. Malaysia announced the partial lockdown once the country received 500 cases. Is Malaysia fun to bully?

"Previously, there was a TV show which reported that Malaysia is burying people who died of COVID-19 on roadsides. Now, we have another such report. Where are your professional ethics?" 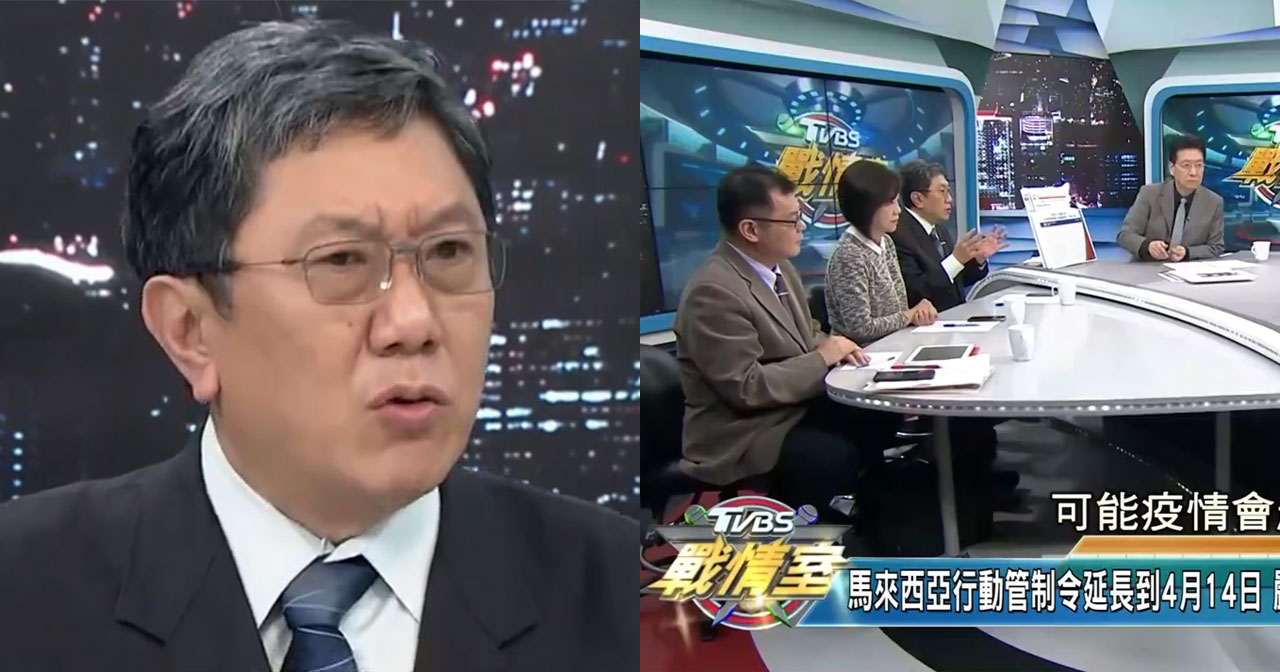 This is the second television show from Taiwan that has drawn flak for its inaccurate reporting on Malaysia's handling of the COVID-19 pandemic.

says.com
Image via Facebook
The netizen was referring to the comments made by Taiwan TV current affairs commentator Li Zheng Hao on EBC News last month 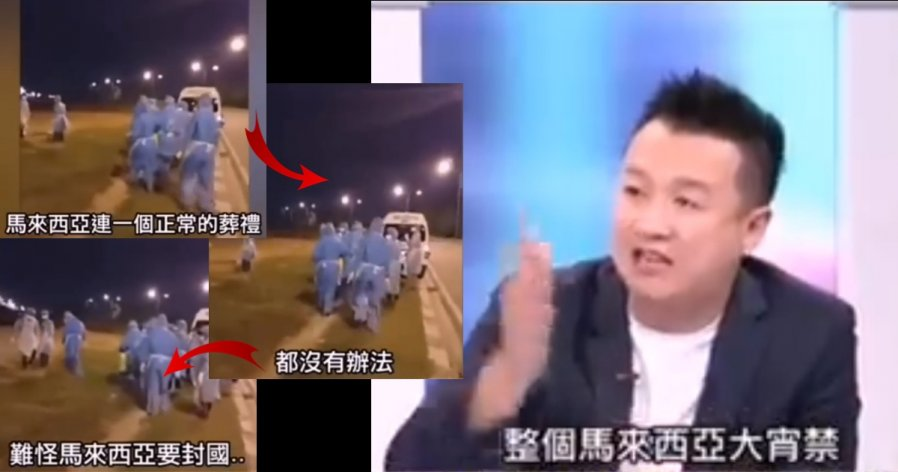 Image via Oriental Daily
According to Oriental Daily, Li claimed that the Malaysian government imposes strict curfews on its citizens, the Royal Malaysia Police (PDRM) arrest law offenders in full Personal Protective Equipment (PPE) and force suspects to put on oxygen masks during the arrest, and medical professionals have no choice but to wear garbage bags when treating COVID-19 patients.

Perhaps, the most ridiculous of them all was Li's accusation that so many Malaysians have died due to the pandemic and the bodies are buried by the roadside because the government does not have the time to cremate them.

Realising his mistake five days after the episode was aired, Li took to Facebook to apologise to Malaysians, saying foreign media has twisted the news and admitting that he did not verify the information himself.

"I offer my deepest apology for causing discomfort to the Malaysian people," wrote Li.

"In the future, I will be more careful when dealing with this type of news. Thank you, Malaysian friends, for giving me a valuable lesson. I am sorry again."
C