Pokémon GO Is Officially the Biggest Mobile Game in US History

Mobile games are big business these days, with titles like Candy Crush and Clash of Clans having the sort of household name recognition that used to belong to titles like Super Mario Bros. or Halo. With all the money to be made on mobile gaming, even traditionally mobile-shy video game publishers are now trying to get in the act. Case in point: Nintendo, with their recent release of Miitomo.

The Pokémon series is somewhat of a mobile sensation in its own right, although it got its start on Nintendo’s Game Boy rather than on smartphones. The series is exclusive to Nintendo hardware no longer, though, as the wildly popular Pokémon GO made its recent debut on Android and iOS. Since then, there has been a deluge of news stories about the game, mostly surrounding the odd places people have found themselves while playing the game. There was the teenager who found a dead body while searching for pokémon, for instance, or the crooks who used the game to lure victims into an armed robberies. 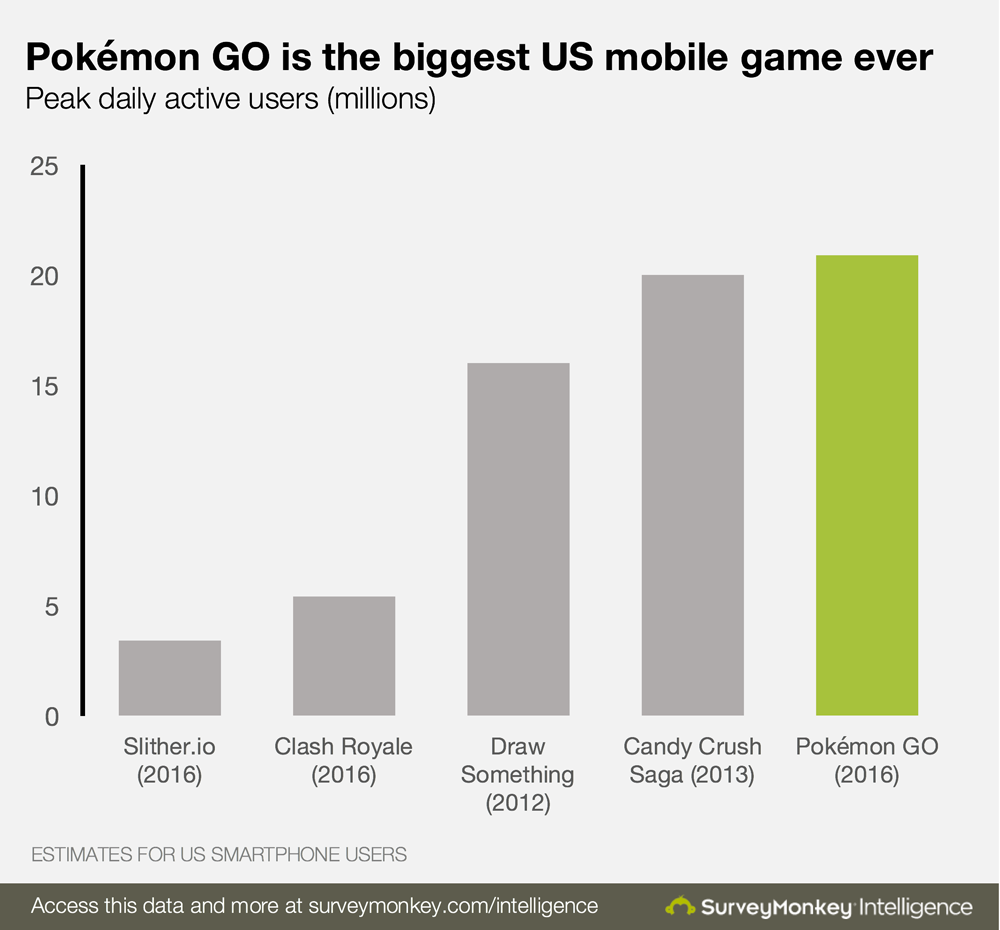 All the publicity, however, has paid off for the game as Forbes reports that it is now the single biggest mobile game in U.S. history. After surpassing popular dating app Tinder in popularity, Pokémon GO has gone on to amass 21 million active users. That number pushes it past 2013’s Candy Crush and its peak of 20 million active users, and all in the span of about a week.

The game hit a rough patch in its media coverage when a massive privacy problem was revealed in regard to how it accesses users’ Google accounts. With those issues addressed, it does not appear the controversy had much of a negative effect on the game. Despite the breach in privacy, the occasional mugging, and a number of other real-world issues for Pokémon GO, the game’s players continue to flood their Instagram feeds with pictures of the unexpected places they’ve found their latest Pokémon.

Social media seems to be divided at this point between those who are addicted to the game and those who would like to never hear about the game ever again. From a pure numbers standpoint, though, there are enough people in the former group to call the game a massive success. No doubt it will be a common sight for some time to see people glued to their phones as they walk down the street and put themselves in occasional danger on their quest to catch ’em all.