An armed incident occurred today on the Armenian-Azerbaijani border in the Tovuz region. According to the press secretary of the Minister of Defense of Armenia – Shushan Stepanyan, Azerbaijani troops made an attempt to violate the state border in a UAZ car.

Casualties are feared in Azerbaijan and Armenia in the border clash, Azerbaijan’s Defense Ministry said. In a statement, it said that the Armenian army fired at positions held by Azerbaijan in the Tovuz region.

Shushan said – after a warning from the Armenian side, the Azerbaijani servicemen, left the car and returned to their positions. However, the incident is not over yet.

After a short time, the Azerbaijani military opened artillery fire in an attempt to capture Armenian positions. However, in return fire, the enemy was thrown back, having suffered casualties, said Shushan.

There are no losses from the Armenian side while three Azerbaijani soldiers were killed and four others injured in the border clash.

In a statement, Azerbaijan’s Defense Ministry said the Armenian army had fired at positions held by Azerbaijan in the northwestern Tovuz region.

“The attack by Armenia, with the use of artillery, against the positions of the armed forces of Azerbaijan, along the Armenia-Azerbaijan border, constitutes aggression, an act of the use of force, and another provocation,” said Hikmet Hajiyev, foreign policy chief for Azerbaijan’s presidency.

He pointed out that Armenia launched the “offensive and a provocation during the time when the international community is fighting the COVID-19,” bashing Armenia’s support of a UN initiative for global cease-fire amid the pandemic as “nothing but hypocrisy.” Casualties are feared in Azerbaijan and Armenia in the border clash, Azerbaijan's Defense Ministry said. In a statement, it said that the Armenian army fired at positions held by Azerbaijan in the Tovuz region.

nilah antara bahayanya jadi askar ni.. only for the strong and brave.. The ministry said the fact that Armenia’s action, which is a new manifestation of its understanding of aggressive nationalism, was repelled by Azerbaijan is a concrete indication that aggression will not be left unanswered.

On Sunday, three Azerbaijani soldiers were martyred and four others injured in a border clash with Armenian troops.

Azerbaijan's Defense Ministry said the Armenian army had fired on positions held by Azerbaijan in the northwestern Tovuz region.

The ministry also pointed out that such moves -- which Armenia makes to distract the international community’s attention from its years-long illegal occupation of the Azerbaijani region of Upper Karabakh and its surrounding areas and to add new dimensions to the conflict -- are doomed to remain inconclusive.

Upper Karabakh, or Nagorno-Karabakh, is an internationally recognized territory of Azerbaijan that has been illegally occupied since 1991 through Armenian military aggression.

The ministry also called on the Armenian side to give up such “dangerous tactics” and urged it to act with common sense in following the law.

It noted that undertaking adventurousness for ambitions exceeding its own capacity showcases Armenia’s weakness in reasoning and constitutes the biggest obstacle to peace and stability in the region.

It added that Armenia’s efforts to cover up its aggression should not be accepted by the international community.

Turkey strongly condemns the attack by Armenian armed forces on Azerbaijan’s Tovuz region, the ministry said, conveying its condolences to the friendly nation of Azerbaijan over the lost lives.

It also wished a speedy recovery to the wounded.

“Turkey, with all its facilities, will continue to stand with Azerbaijan in its fight to protect its territorial integrity,” the ministry added. 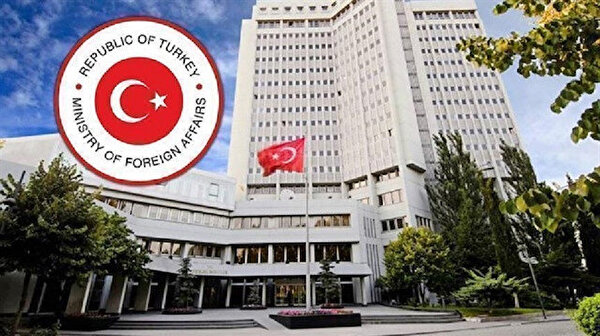 BREAKING: MoD of #Azerbaijan says clashes with Armenian soldiers at the Thovuz axis continue, adding that Azerbaijani position were shelled by Armenia, causing retaliation of the Azerbaijani Armed Forces.