Dr M, 4 others apply to intervene in case over King’s refusal to declare emergency Dr Mahathir Mohamad and the four others filed their legal papers in the High Court registry last week.


KUALA LUMPUR: Dr Mahathir Mohamad and four others are the latest to have filed an application to intervene in a legal action filed by a lawyer on whether the Yang di-Pertuan Agong’s decision last year to refuse an emergency proclamation as advised by the prime minister is unconstitutional.

“Our clients are taking the stand that as people’s representatives they are interested parties. They would have been aggrieved persons in the event the king had accepted the PM’s advice,” he said.

Rafique said he was awaiting the sealed copy of the legal papers from the court before serving it to the plaintiff, (lawyer) Syed Iskandar Jaafar al-Mahdzar and the defendant, the government of Malaysia. Meanwhile, lawyer R Kengadharan, who is representing Syed Iskandar, said his client had no objection to the Malaysian Bar coming in as friend of the court (amicus curiae) to assist in the proceeding.
“They have a statutory role under the Legal Profession Act to assist in the administration of justice,” he told FMT.

Lawyer Bastian Pius Vendargon wrote to the court on behalf of the Bar last month.
FMT understands that the Bar will likely take a stand on principles based on the rule of law after having read the originating summons and affidavit filed by Syed Iskandar in November.

The amicus curiae status, however, only allows a party to make a submission at the invitation of the court.

However, Syed Iskandar and the government are objecting to their participation as they had no legal interest.
High Court judge Mariana Yahya will hear their applications on Feb 16.

In an affidavit in support of the action, Syed Iskandar said the King, in not accepting the advice of Prime Minister Muhyiddin Yassin or his Cabinet, did not perform his function in accordance with Articles 40 and 150.

On Oct 23, Muhyiddin advised the King to issue an emergency proclamation under Article 150 after the Cabinet agreed on the matter at a special meeting.

Two days later, after a special meeting among the Malay rulers, the King decreed that an emergency proclamation in the entire or part of the country was not necessary.

Syed Iskandar posed two legal questions in his legal action filed on Oct 30, that is “whether on a true construction of Articles 40 and 150 of the Federal Constitution, the King has an unfettered discretion not to declare an emergency despite the advice of the prime minister or the Cabinet” and “whether an amendment to Article 150, by adding clauses (8) and (9), breached the basic structure of the constitution”. 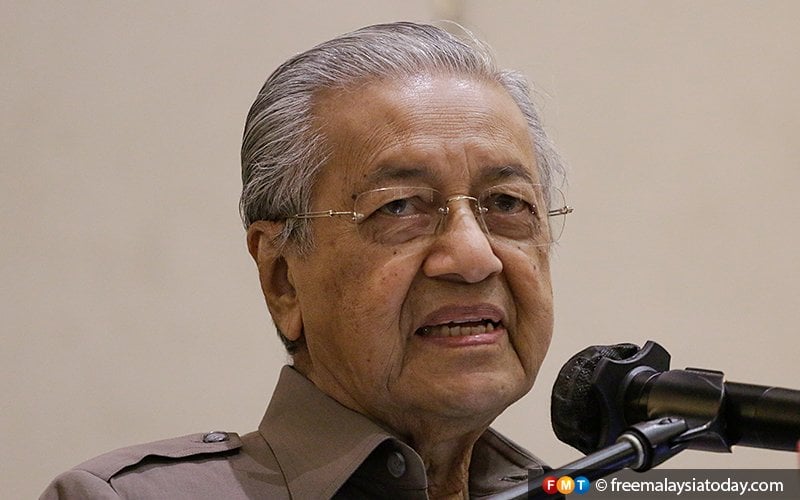 Dr M, 4 others apply to intervene in case over King's refusal to declare emergency

They are of the view they would have been aggrieved persons in the event the King had accepted the prime minister's advice.