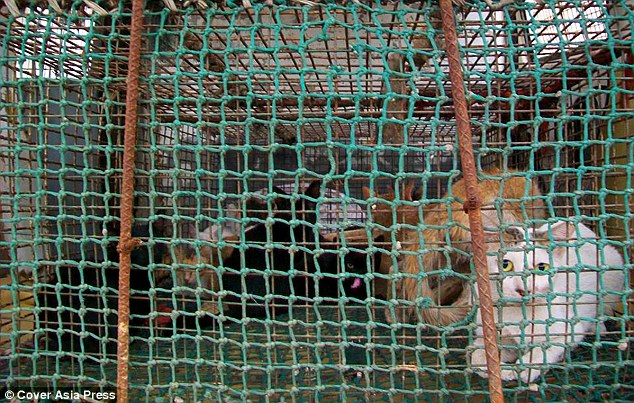 Shocking video footage captured the animals being skinned and boiled alive in the Pallavaram area in the city of Chennai. Police have raided a number of eateries in the area and rescued 16 gangrene-ridden cats being kept in a small cage, but officers said they could not prove owners were selling the cat meat. 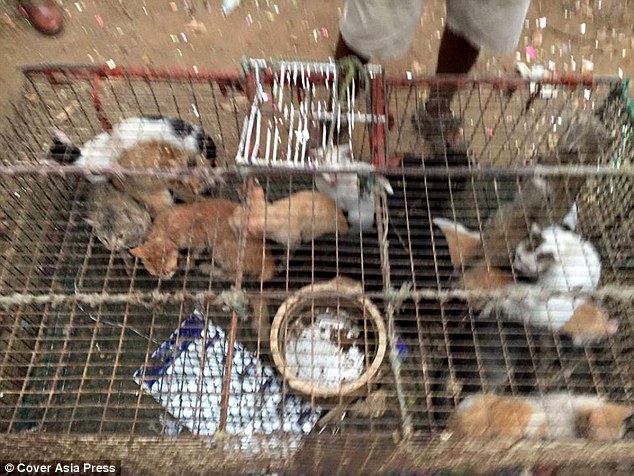 The shocking find came to light when four volunteers from People for Animals (PFA), a non profit organization fighting for the rights of animals, exposed the reality of the businesses. Dr Shiranee Pereira, co-founder of PFA, said: ‘I had an idea about it for a long time but I was finding the right way to expose them. 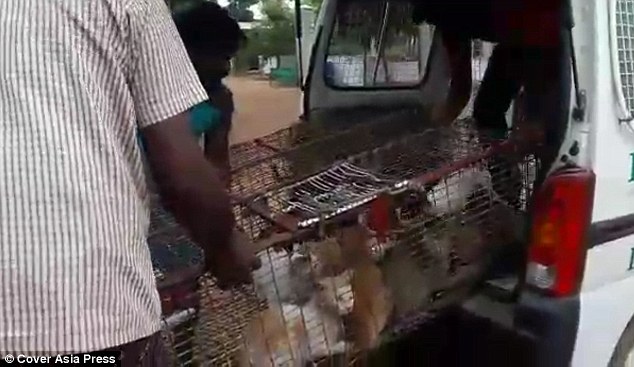 'Our volunteers became friends with these men kidnapping and killing innocent cats and recorded their brutality on a spy camera.’ The secret filming was then handed over to the police who then raided restaurants with the PFA volunteers during the early hours of October 28. 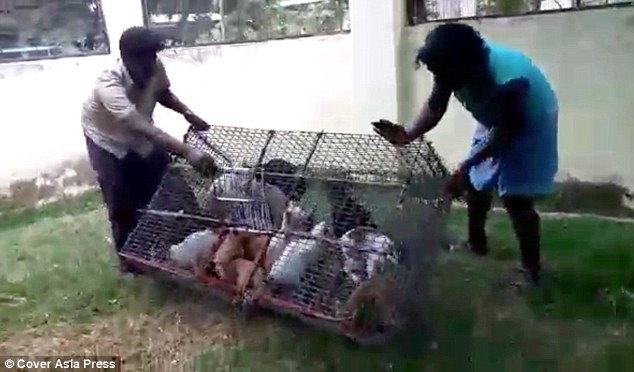 Police Inspector Venkatesaran, from Pallavaram Police Station, said: ‘We’ve had several reports of cat kidnapping in the past. 'We raided the eateries and found that cat meat was being sold as a cheap replacement of mutton, largely used in biryani in Pallavaram. 'We have rescued 16 cats kept in a single small cage from the cat killers but are yet to actually find these eateries selling cat meat.’ 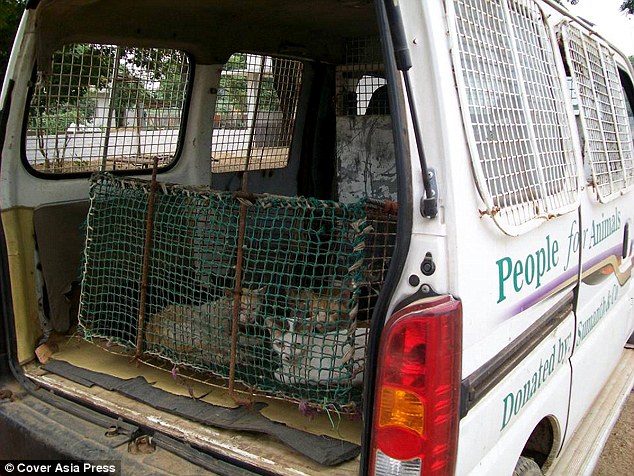 The rescued cats were given to the PFA shelter in the city. ‘Their condition was awful when they came to us,’ Dr Shiranee said. They were traumatized and aggressive in their behavior. Some of them were covered with gangrene, had swollen limbs while some were severely injured. They were hungry and dehydrated, as they were given no food or water while they were trapped. 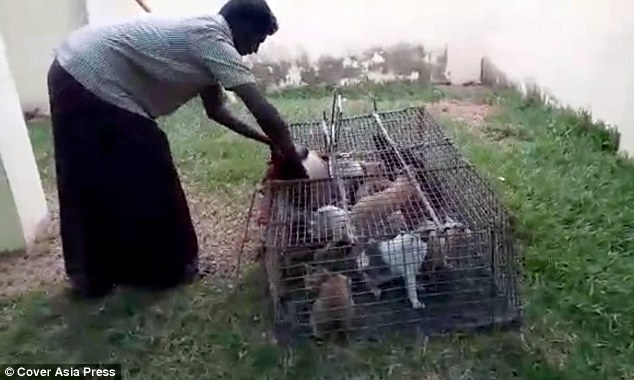 Cat meat was being sold for as little as 60p a kg and the cat killers are claimed to make at least Rs 20,000 (£200) a month from the trade - double the figure the average Indian takes home in a month. Dr Shiranee added that a particular nomadic tribal community in Chennai called the Narikuravas have a habit of eating cat meat. And in order to make money they replace the red meat with cheap cat meat. But the increasing number of stolen cats in the area made the activists suspicious.


The average annual salary for an Indian is around £1,200 a year. President of Narikurvar Community Balan Manchari John Rajkumar, from South India, said: ‘The condition of the community is very poor. 'They live in extreme unhygienic conditions and have no shelter either.
A