BTC USD 32,252.9 Gold USD 1,802.18
Time now: Jun 1, 12:00 AM
Menu
Log in
Register
Navigation
Install the app
More options
Lights off
Contact us
Close Menu
You are using an out of date browser. It may not display this or other websites correctly.
You should upgrade or use an alternative browser. Dr Peter McCullough: 30 countries, we tabulate those in our December 2020 paper. And so, they’re treating COVID-19 high-risk patients, over 50, with medical problems, with some drugs to ease them through the illness. Now, this isn’t a curative process. We don’t cure the infection, but we get patients through the infection and avoid hospitalization and death. The disappointing thing is that I’m sitting here in Texas. Two hours south of me by plane in South America, they’re handing out treatment kits, but the average person in Texas thinks there’s no treatment for COVID-19. They get handed a test result. They’re given no treatment. They’re given no information, no access to research, no hotline. They’re given no follow-up. They’re told to go home, wait until they can’t breathe, and then go into the hospital, become hospitalized.

Highlights of the discussion include:

Since SARS-Co-V2 is a highly contagious virus that has a broad spectrum of clinical manifestations that range from typically little or no symptoms in the young, to fatal multi-organ system failure in older adults with comorbidities, it follows that our pandemic response would need to address all four pillars or applicable principles: 1) contagion control, 2) aggressive treatment of the infection at its onset to reduce the intensity and duration of symptoms in order to avoid hospitalization, 3) hospitalization as a safety net to prevent death, and 4) vaccination to complement herd immunity and bring the crisis to closure. 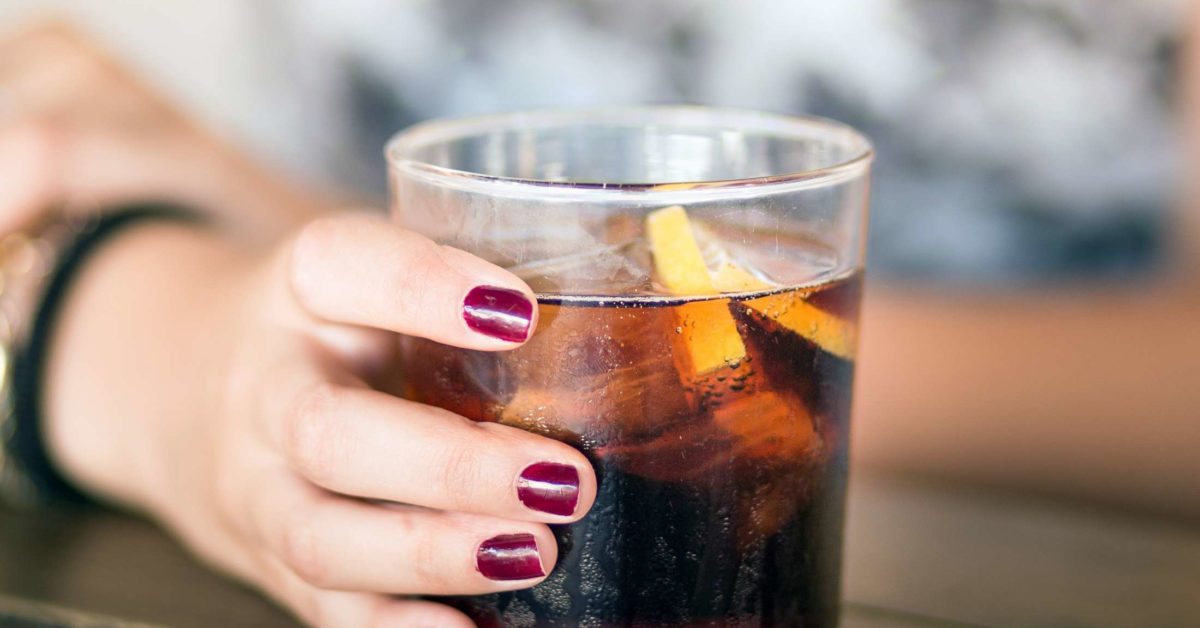 Health risks of Coca-Cola: What it does to the body

Coca-Cola is a popular fizzy drink. However, with regular consumption, it can have dangerous effects on overall health. Read on to learn more.

Predatory private equity firms buying up neighborhoods only to rent homes at a premium hints at the real meaning of the World Economic Forum’s “sharing economy.” Americans never voted for this, but their leaders are loving it.

Owning a home is no longer feasible for Americans coming of age in the 21st century, according to Bloomberg columnist Karl Smith, who smugly suggested in an op-ed that they stop worrying about whether they can afford a house, ignore the asset-stripping investment vultures, and just embrace the depressing reality of lifelong debt peonage under the rule of those same private equity giants.

Lest there be any misunderstanding, the feudalist character of this glorious new “sharing economy” is reflected in one increasingly popular “solution” for the generation currently facing the steep uphill climb to pay off their student loans. Under this scheme, known as Student Loan Asset Backed Securities (SLABs), students are invited to essentially indenture themselves to some corporation, paying off their debts by selling off a percentage of every paycheck they subsequently receive until the balance is zero. Any questions?

Feudalism for thee, but not for me​

With multi-trillion-dollar asset managers such as BlackRock, Blackstone Group, State Street, and Vanguard flaunting their bottomless pockets, ordinary mom-and-pop landlords looking to buy an extra property or two to open up a guaranteed income stream don’t have a chance in such a rigged market – and neither do their tenants.
K We’re Not From the Left or Right We’re From the Bottom and We’re Coming for Those on TOP!

And where are similar protests in the USA?

Oh, that’s right. You have to go to a public school board meeting to see parents up in arms about COVID measures because they want to keep using the Nanny State’s school system to babysit their children so they don’t have to.

And if we do see protests, they will probably be much smaller than this one in London today, with BLMers on one side and Trump supporters on the other, and they won’t be protesting against the Globalists, but fighting each other instead.

If the masses do rise up together to overthrow tyranny, I’d bet on the UK over the US any day. It looks like they are fairly unified in taking down Boris Johnson and the rest of the hoodlums in Parliament.
K

US has gone bonkers.

In 1998, a vaccine was released for infants against rotavirus, a contagious virus that causes diarrhea. Albeit unpleasant, this infectious disease is manageable at home with extra fluids. However, soon after the introduction of the vaccine, it was reported that some infants developed intussusception, a type of bowel obstruction particular to infants where the bowel telescopes in on itself, commonly occurring at the intersection of the small and large intestine. While infants may be quite ill, prompt intervention is curative in all but a few cases.

The risk for development of this bowel obstruction following vaccination was 20-30 times higher than what would be expected in a normal population and occurred within two weeks of the administration of the vaccine. The Centers for Disease Control (CDC), in collaboration with the Food and Drug Administration (FDA) as well as local agencies, quickly intervened and halted the usage of this vaccine. Two emergency investigations were instituted showing that the vaccine increased the risk for intussusception by one to two cases among 10,000 infants who received the vaccine. In response, the manufacturer voluntarily withdrew the rotavirus vaccine from usage in 1999.

The CDC claimed that the decision to remove the rotavirus vaccine was due to the fact that intussusception is a serious condition and that the complications from a rotavirus infection in the US can be prevented by oral rehydration. The CDC states:

“…when a vaccine is discovered to have a serious side effect, a recommendation to continue using the vaccine will be reconsidered and the vaccine may be withdrawn, in spite of the beneficial effect of the vaccine to prevent disease.”

It seems that, in the context of the COVID-19 pandemic, caution has been thrown to the wind.
K

In his book Deadly Medicines and Organized Crime, Dr. Peter Gotzsche arguably recognized as one of the world’s foremost experts in evaluating evidence-based medicine (EBM) writes, “The reason why we take so many drugs is that drug companies do not sell drugs. They sell lies about drugs…. The patients do not realize that although their doctors know a lot about diseases, human physiology and psychology, they know very little about the drugs that have been concocted and dressed up by the drug industry.”

An issue that is rarely discussed or given serious attention is the over-specialization in healthcare. Modern medicine’s approach to identify and treat illnesses and tackle the reduction of infections has in many instances ceased to be multidisciplinary.

Medicine has also become increasingly compartmentalized and confined to a rigid materialistic belief system that has now established its own set of standards, criteria and values that are often contrary to gold-standard scientific protocols. The consequence is that its narrow single-mindedness has insulated modern medicine from objective criticism and preserved its internal flaws, errors and fabrications, which have contributed to the unnecessary injury and death of countless patients

“If the medical system were a bank,” writes Dr. Stephen Persell at Northwestern University’s School of Medicine, “you wouldn’t deposit your money here, because there would be an error every one-in-two to one-in-three times you made a transaction.” Dr. Persell is referring to the rates of preventable medical errors causing patients serious injury and now the third leading cause of death.
K 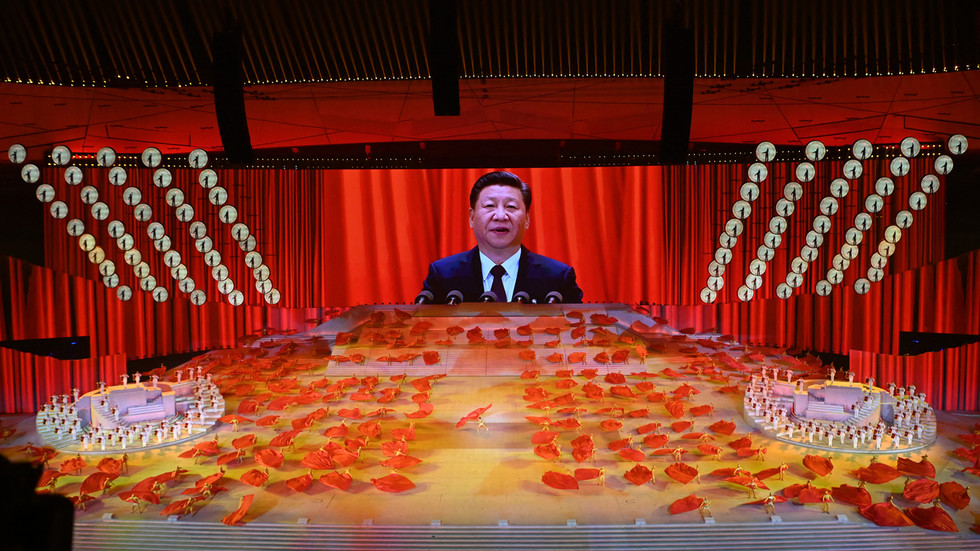 Xi Jinping has made it very clear: The days of the West bullying China are gone for good

China’s growing confidence was highlighted in a thunderous speech by Xi Jinping at an event to mark the Communist Party’s centenary, at which he promised the country would no longer be oppressed by foreign powers.

Xi stated that “no one should underestimate the resolve, the will, and ability of the Chinese people to defend their national sovereignty and territorial integrity” and “we will never allow anyone to bully, oppress, or subjugate China,” adding that anyone who tries to do so would “have their heads bashed bloody against the Great Wall of Steel forged by over 1.4 billion Chinese people.” He also praised the accomplishment of a “moderately prosperous society,” reflecting on China’s rapid economic development.
You must log in or register to reply here.
Share:
Facebook Twitter Reddit Pinterest Tumblr WhatsApp Email Share Link