BTC USD 55,864.3 Gold USD 1,839.81
Time now: Jun 1, 12:00 AM
Menu
Log in
Register
Navigation
Install the app
More options
Lights off
Contact us
Close Menu
You are using an out of date browser. It may not display this or other websites correctly.
You should upgrade or use an alternative browser. 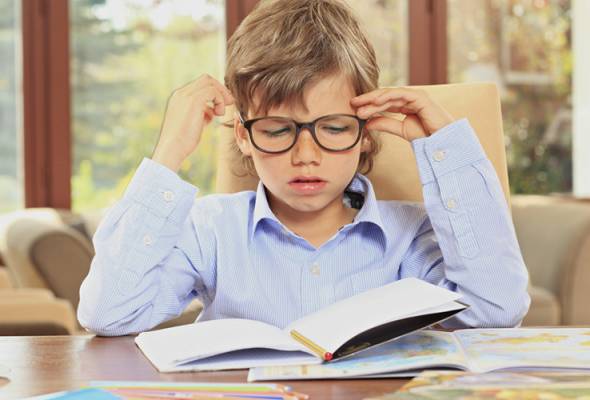 Experts argue that parents can set some rules to discipline their children at home during the PKP period. - Decorative pictures
KUALA LUMPUR : Mary's two children seem to be like owls in the last 50 days by staying up late at night and sleeping during the day.

The situation has occurred since the two primary school students went through the period of the Movement Control Order (PKP) which was enforced by the government since March 18 to curb the spread of the COVID-19 epidemic in the country, causing schools to remain closed until now.

"As a result, they woke up at noon. I am worried that they will not be able to change the routine when the school reopens after the PKP ends," he said.

Mary is not alone in facing this situation because R. Devi, 45, is also aware of the routine changes of her 15-year-old daughter, sleeping late and waking up late.

"My son does not go to school and study at home only. Before this, he always studied at night and got up early to continue studying again. However, his routine changed during PKP. I was worried that the habit would be carried away until adulthood," said Devi .

Late sleep and waking up late seem to have become a new routine for most students as their families adjust to the new normal under PKP.

The routine is seen to be more significant involving children than adults because children have a lot of time at home.

Their khuathir parents will have trouble adjusting to the previous routine when the school opens later after PKP ends.

Dr Deepa Darshini Amarnath, a psychiatrist at the Kuala Lumpur Hospital, said PKP was seen to be contributing to the routine disruption of children due to the lack of normal social support from friends and teachers.

He said such sudden routine changes can lead to various levels of anxiety, fear and sadness among children and they need parents to be by their side at all times, and can affect their sleep patterns.

"We all have an ' in-built body clock ' that is influenced by day or night conditions. When a person (adult or child) sits at home all the time, the brain does not receive enough signals about day or night conditions to determine the pattern of sleep that right, resulting in the child's sleep cycle being affected.

"To overcome this problem, try as much as possible to maintain the original routine (waking up, eating, and other activities) and prepare a schedule of family activities. Provide a schedule that can be described to meet the needs of children with disabilities such as autism, give they do simple tasks and make them feel comfortable that they can also help, "he told Bernama.

Dr Deepa Darshini said parents can also use a variety of approaches including telling them that life must go on or sharing with them about the difficulties they face and how to overcome them.

"Parents can also set aside a certain amount of time to chat with their children. Encourage them to express their feelings (fear, anger, sadness) in a way that they are comfortable with either through conversation, drawing or writing," he said.

Asked what kind of activities can be done to maintain mental and physical health, he said, simple exercise can be done every morning and let the sunlight enter the house.

Parenting and learning expert Dr Shukri Abdullah said, parents have a role to play but firm and kind.

He said parents can set some rules to discipline their children at home.

"Most importantly, do not allow children to bring mobile phones into their rooms. Being active with social media such as Facebook, Instagram and YouTube is one of the factors why they sleep late and wake up late," he said.

Shukri said, some activities can be carried out such as solving puzzles, playing chess, drawing and watching television to prevent children from social media.

"Parents also need to have the determination to spend time with their children during PKP, something that is difficult to do when PKP is withdrawn. They must creatively adapt to the situation," he said.

Conditional PKP was implemented from May 4 to enable more economic activities to be mobilized again without neglecting the importance of fighting the COVID-19 epidemic. The school continued to be closed until further notice.

The PKP entering the fourth phase will end on May 12. - BERNAMA
Click to expand...

It is need to special care to kids in Pandemic situation because We are close in home and We are facing new challenge regard children's study and sport.