BTC USD 58,149.0 Gold USD 1,831.42
Time now: Jun 1, 12:00 AM
Menu
Log in
Register
Navigation
Install the app
More options
Lights off
Contact us
Close Menu
You are using an out of date browser. It may not display this or other websites correctly.
You should upgrade or use an alternative browser. 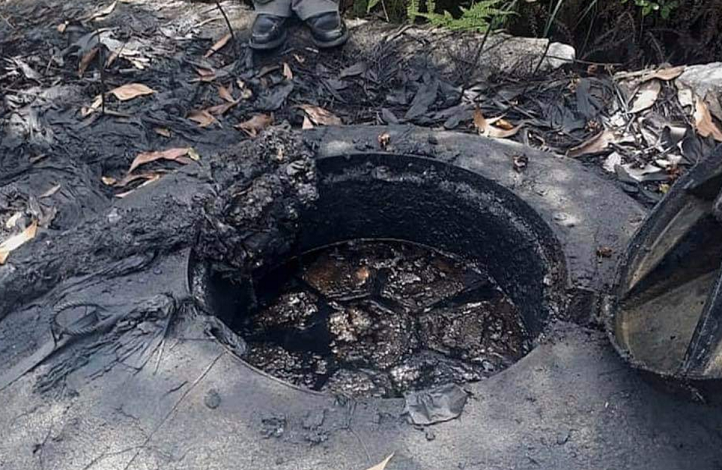 Santiago said sabotage was suspected as investigations showed a huge amount of toxic waste, estimated to be more than 50 cubic metres, was poured into the sewerage system that led to the closure of the Sungai Semenyih water treatment plant.

“This is deliberate. It is not a one-off (incident), this was deliberate. It means somebody is organising it and that is why I’m saying the issue of sabotage comes into play. If it is one cubic metre, nobody would care, but when it’s a huge volume than you begin to think what is this about,” he said during a press conference at the commission’s headquarters here.

Santiago confirmed that a police report was lodged by the commission yesterday to ensure the culprits responsible for such actions are caught.

Santiago said even though the matter is classified under pollution where irresponsible parties would have refused to dispose of their waste responsibly on the reason of higher cost, the culprits must realise that they have caused untold suffering to the state of Selangor and its people.

“Just because you want to save cost, you caused the people of Selangor, its businesses and the state untold millions. It is unacceptable,” he said.

The Sungai Semenyih plant has been forced to cease operations since Saturday due to the odour pollution incident in Sungai Semenyih, believed to have been caused by irresponsible people disposing the illegal waste with solvent odours at the inlet around the Indah Water Konsortium (IWK)’s plant located in Bandar Bukit Mahkota.

Santiago said based on information gathered by IWK and the Department of Environment, the toxic waste consists of solvents, engine oil, fats and industrial waste.

He added that this as the second incident where irresponsible parties have poured toxic waste near the Bandar Bukit Mahkota IWK’s water treatment facility.

He said as a proactive measure, IWK will seal all the manhole near their facility in Bandar Bukit Mahkota and will place closed-circuit cameras at critical locations to deter such occurrences from happening again.

Santiago also urged local councils to monitor local eateries to comply with by-laws of having grease trap install in their shops as well as monitoring of car workshops.

Another comprehensive measure, Santiago said that IWK will also discuss with relevant parties in Selangor to come up with a plan on how best to protect the state’s water infrastructure and present it to SPAN later.

Water supply to the Klang Valley is expected to return to normal by midnight today, with water restoration to take place in stages.