Banks in Lebanon are being increasingly targeted by demonstrators demanding access to their money.

That is unlikely to happen if politicians can not agree on the make-up of a new government.

Lebanon is facing its worst economic crisis in decades, with the local currency losing over 60% of its value to the dollar over the last weeks while sources of foreign currency have dried up. Meanwhile, banks imposed informal capital controls limiting withdrawal of dollars and foreign transfers in the country that relies heavily on imports of basic goods.

Panic has set in among residents who fear their deposits are in danger. Nationwide protests for three months have failed to pressure politicians to form a new government to institute drastic reforms.

The incumbent prime minister Saad Hariri resigned in late October. The president after consulting parliamentary blocs designated a new prime minister in December, who has yet to form a new Cabinet amid deep political divisions.

After weeks of calm, protesters threatened to launch a week of protests, culminating in civil disobedience, demanding the immediate formation of a government to deal with the severe financial crisis.

Late Monday, dozens of protesters blocked a main thoroughfare in central Beirut. The brief closure ended with limited scuffles with the police. Protesters then moved to outside Banque Du Liban, installing sandbags and bricks to block the street. “Down with the bank rule,” chanted the protesters. In a video posted by the protesters, they said the roadblock is to respond to the banks blocking depositors accessing their accounts.

Nationwide protests began in mid-October denouncing years of government mismanagement and corruption, demanding the political elite to step down

Lebanon's Central Bank Is Seeking 'Additional Powers' from the Government

Lebanon's Central Bank has disappointed the Lebanese people, to say the least. Its current struggle to keep our currency and lives afloat has been putting us through one of the country's most persistent and complex financial crises of the era.

Now, it is reportedly seeking "additional powers" in order to regulate and standardize controls that commercial banks are imposing on depositors (thank you for stepping in).

As per the Governor of the Central Bank's statement on January 12, 2020, these additional powers are intended to ensure "fair relationships" between banks and their depositors.

In seeking to prevent capital flight in recent months, commercial banks have been tightly controlling depositors' access to their own money, and have also blocked most transfers abroad since October 2019.

The Lebanese authorities have not, however, introduced formal capital controls regulating these measures - rendering this entire process quite illegal.

According to Reuters, the governor confirmed sending a letter to Lebanon's Minister of Finance on January 9, 2020, seeking the "exceptional powers necessary in order to issue these regulations."

Most certainly, the measures imposed by commercial banks need to be regulated and unified in order to be implemented fairly and equally upon all depositors and clients.

Lebanon's Caretaker Government (its name a pun in itself) has not issued any formal statements on Salameh's request, which was sent out in an official letter to the Caretaker Finance Minister Ali Hassan Khalil.

Salameh insisted in his letter that the implementation of the controls by commercial banks upon their depositors was "on multiple occasions a violation to the rights of some clients, particularly with regard to the unequal treatment clients are facing within the same bank."

He urged minister Khalil to work with the Government in order to take the necessary legal measures and entrust the Central Bank with the necessary additional powers to combat this reality - as violence has already escalated across banks throughout Lebanon.

In response to a currency shortage, commercial banks have infamously put the Lebanese people on an allowance, since October 2019, and gradually reduced the amount of US dollars they can withdraw.

Many reported that they have experienced similar situations in their attempts to withdraw Lebanese pounds. For most, the cap currently stands at 200 US dollars per week (which will currently barely get you through a few days in this country).


Decades of rampant state corruption and poor governance have put the country in debt, and its people on an allowance, and forced us to continue to adopt a currency that is unpredictable and unreliable.

As the Central Bank's demands for these additional powers are met with mixed responses, what do Lebanese people really stand to lose at this point anyway? Lebanon's Central Bank Is Seeking 'Additional Powers' From The Government | The961 Lebanon protesters: 'The revolution is coming back' 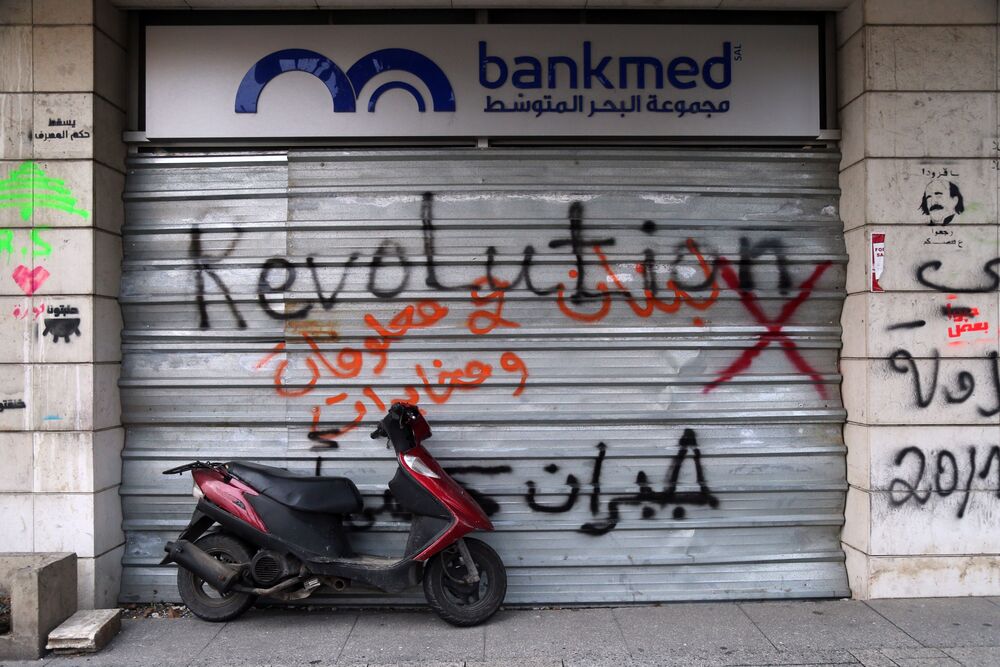 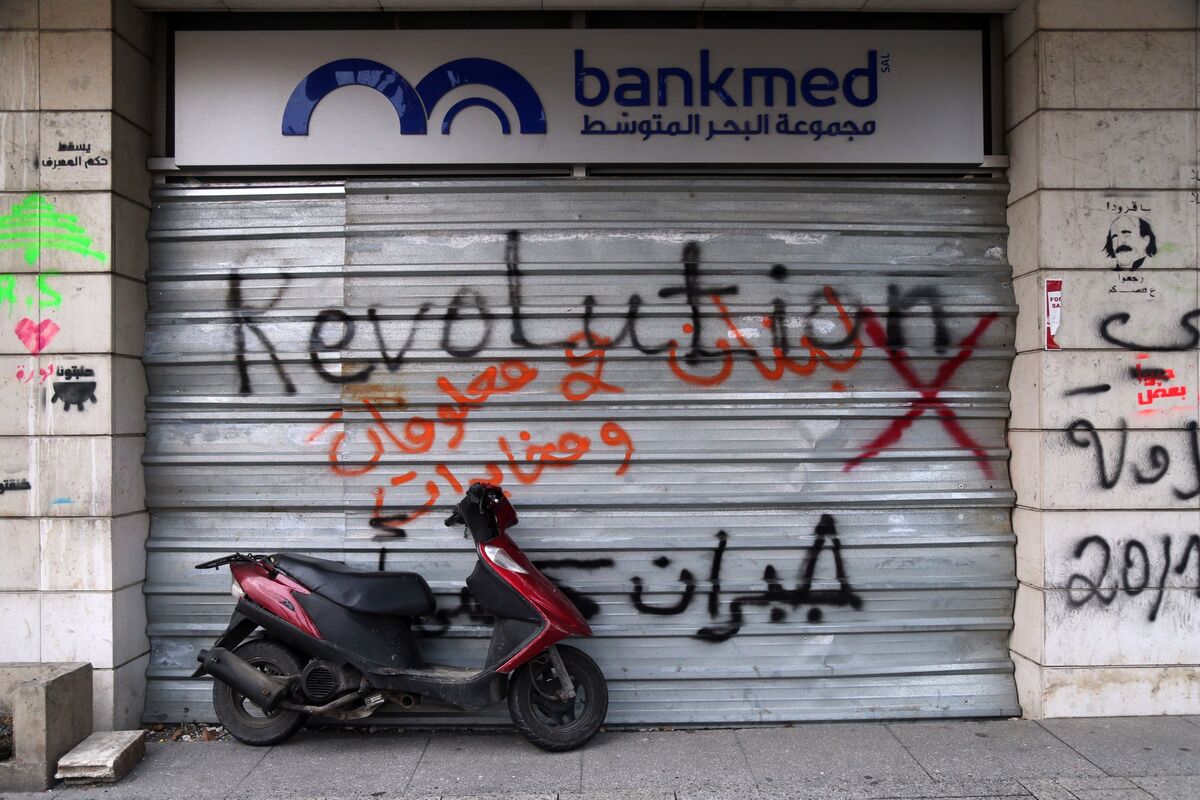 Lebanese protesters spilled back into the streets on Tuesday after a brief letup, blocking major highways as they denounced the lack of a functioning government at a time of deepening financial and economic crisis.

Any day where Salim Sfeir loses money repairing his bank front glass is a good day for the revolution! #LebanonProtests

Lebanese demonstrators took to the streets to demand an end to a months-long political vacuum Tuesday, with police firing tear gas at the start of what protesters have billed a "week of wrath" 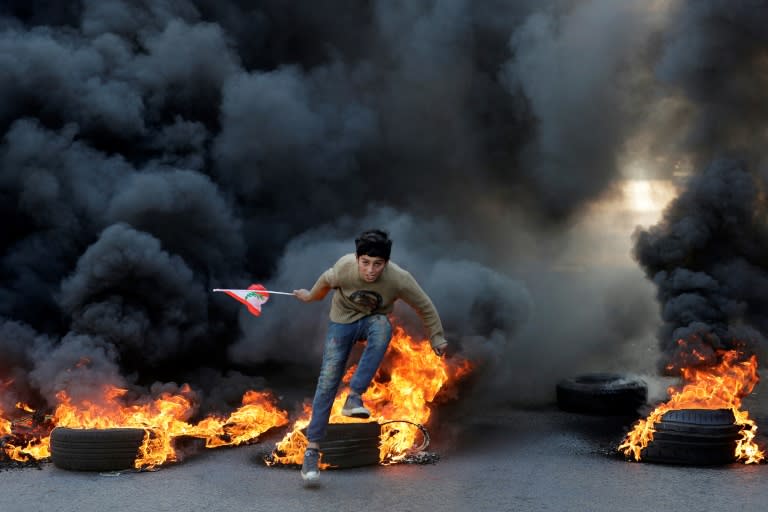 Lebanon in 'week of wrath' protests over political, economic crisis

Lebanese demonstrators have taken to the streets to demand an end to a months-long political vacuum, with police firing tear gas at the start of what protesters have billed a "week of wrath". Protesters resumed blocking major highways on Tuesday before anti-riot police armed with batons and

Around 51 protestor arrested in #Beirut tonight. 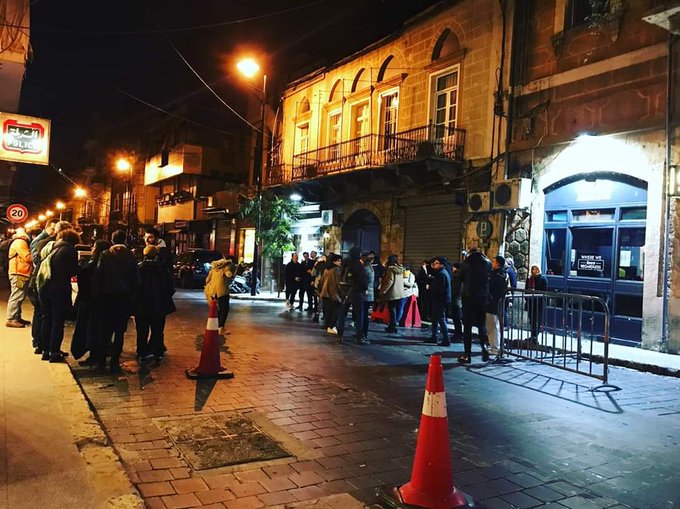