BTC USD 42,245.3 Gold USD 1,775.21
Time now: Jun 1, 12:00 AM
Menu
Log in
Register
Navigation
Install the app
More options
Lights off
Contact us
Close Menu
You are using an out of date browser. It may not display this or other websites correctly.
You should upgrade or use an alternative browser.

Understanding the Court of Appeal's decision on Ku Nan​ Datuk Seri Tengku Adnan Tengku Mansor at the Courts of Appeal on July 16 ahead of the hearing. - NSTP/EIZAIRI SHAMSUDIN
On Dec 28 last year, this newspaper published my comments on the high-profile case of Public Prosecutor v Tengku Adnan Mansor (also known as Ku Nan), which ended in the accused's conviction under Section 156 of the Penal Code.

I had said that Ku Nan had then filed an appeal against his conviction to the Court of Appeal (see "Digesting the court's judgment on Ku Nan", NST, Dec 28, 2020).

Last Friday, the Court of Appeal, in its majority judgment (2:1), allowed his appeal and set aside the conviction and sentence.

The majority verdict was delivered by Datuk Suraya Othman, while the dissenting judgment was written by Datuk Abu Bakar Jais.

According to Suraya, one essential element of the offence which the prosecution must prove is that the sum of RM2 million "was paid to the Appellant for himself and not for any other person or entity".

She said if this "key element" is not proven beyond reasonable doubt, the appellant ought to be acquitted and discharged without his defence being called.

She said the prosecution's star witness, Tan Sri Chai Kin Kong, had "clearly confirmed" that the sum was "a political donation to Umno" to be used for two by-elections and not meant for the appellant.

Citing Lim Guan Eng v Public Prosecutor [1998] 3 MLJ 14 as a precedent, she said "it is trite that the prosecution is bound by the evidence of its own witnesses".

Suraya added that the evidence by investigation officer Muhammad Saad Bordani (SP23) "is significant" because it "revealed that the RM2,000,000 cheque (P15) was a political donation for the expenses of the two by-elections".

At paragraph 25, Suraya said the trial judge, in his written judgment, had not directed his mind on the failure of the prosecution to re-examine Chai (SP19) on his evidence during cross examination that the RM2 million was a political donation to Umno.

She concluded: "We find that such a failure on such a critical point/issue amounted to a non-direction which rendered the conviction unsafe."

She also said, at paragraph 26, that from the Records of Appeal, this "direct evidence" by Chai "was neither contradicted nor disproved and thus remains unchallenged by the prosecution".

Concluding her written judgment (paragraph 30), she said: "In short, we are of the view that there is clearly a non-direction and misdirection by the learned trial Judge on the law and evidence. The Appellant should have been discharged and acquitted by the learned trial Judge."
In these circumstances, Ku Nan's appeal was allowed. The conviction and sentence imposed by the High Court were set aside, and he is now a free man to celebrate Hari Raya Aidiladha today.

As the judgment is full of legal jargon, some of our citizens may find difficulty in following the reasoning of the Court of Appeal.
The writer was a federal counsel at the Attorney-General's Chambers and visiting professor at Universiti Teknologi Malaysia, Skudai. He is now a full-time consultant, trainer and author 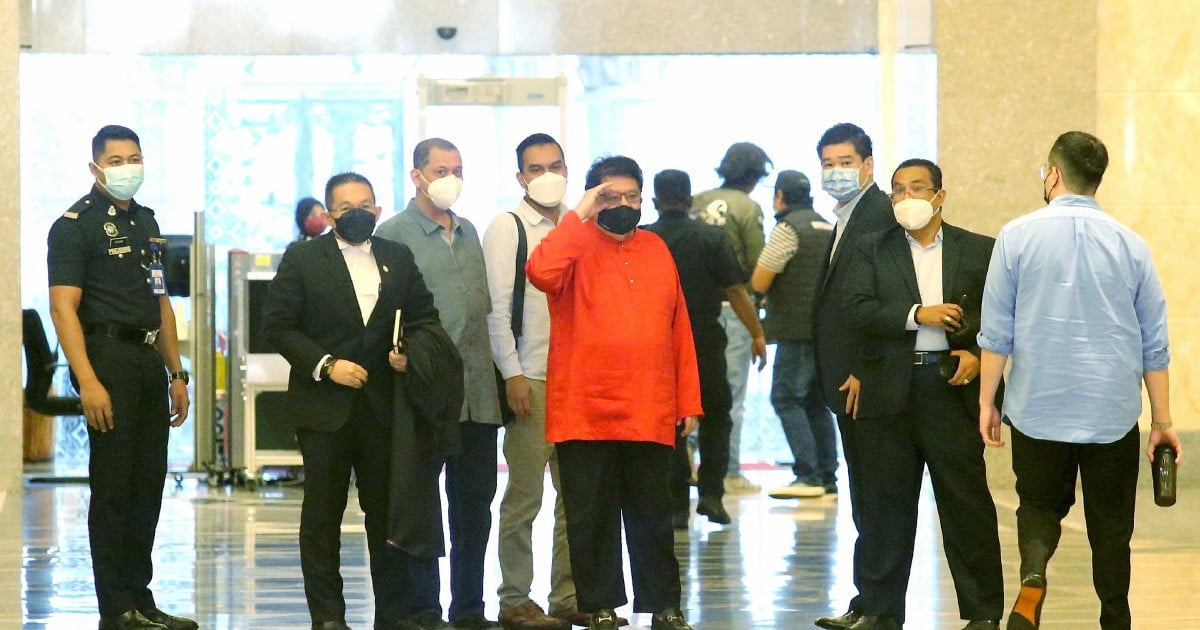 On Dec 28 last year, this newspaper published my comments on the high-profile case of Public Prosecutor v Tengku Adnan Mansor (also known as Ku Nan), which ended in the accused’s conviction under Section 156 of the Penal Code.