Data from past pandemics, such as SARS-CoV-1 in 2002 and MERS-CoV in 2012, indicate higher rates of narcolepsy, seizures and encephalitis in recovered patients. (Rawpixel pic)

SAN DIEGO: Basing their findings on data from past epidemics of respiratory viruses, US researchers warn of the medium- and long-term risks of neurological sequelae in patients who have recovered from Covid-19.

An article by three American researchers at the University of California, San Diego, published in the journal Brain, Behavior, and Immunity, warns of potential long-term neurological impacts on patients who have recovered from Covid-19.

“Reports are already surfacing of acute central nervous system-associated symptoms in individuals affected by Covid-19, including greater stroke incidence in severely infected patients in Wuhan, China, along with delirium and loss of smell and taste senses,” points out the main author of the research study Suzi Hong.

The research described in this paper focused on the impact that SARS-CoV-2 may have on the human central nervous system and neuropsychiatric outcomes in patients infected with the virus.


The study points out that data from previous respiratory viral pandemics, such as SARS-CoV-1 in 2002, H1N1 in 2009 and MERS-CoV in 2012, report higher rates of narcolepsy, seizures, encephalitis (inflammation of the brain) and other neuromuscular disorders in infected patients.

According to the authors of the publication, the neuropsychiatric consequences of the current Covid-19 pandemic are not yet known, but are likely to be significant and could last for years.

“Prospective neuropsychiatric monitoring of individuals exposed to SARS-CoV-2 at various points in the life course, as well as their neuroimmune status, are needed to fully understand the long-term impact of Covid-19,” concludes Suzi Hong’s team.

Last February, two studies also highlighted the risks of neurological damage linked to different coronaviruses. The first, conducted by scientists from Jilin University, China, showed that virus particles were found in the neurons of patients infected by SARS (2002) and MERS-CoV (2012).

The second research study, carried out by researchers at the Aga Khan University in Pakistan and published in the journal American Chemical Society, points to the possibility that SARS-CoV-2 may exploit a receptor for an enzyme, which is also present in the cells surrounding neurons. 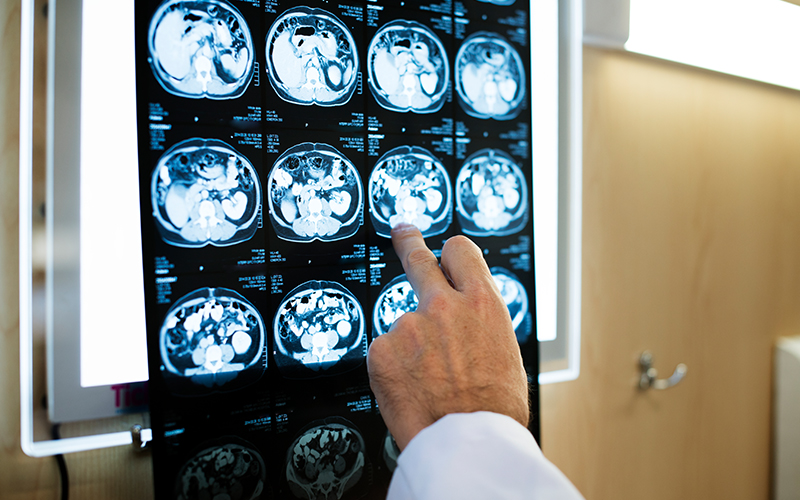 In its first coronavirus briefing this week, Germany’s leading public health body, the Robert Koch Institute said that there was evidence that Covid-19 could damage the heart, kidneys and cause blood clotting. Prof Lars Schaade, the RKI’s vice president, said: “We must systematically examine all the evidence, including through autopsies.”

He said the decision to relax restrictions across Germany, which has seen some small shops opening, and pupils returning to school to sit exams this week, were “sensible” from a societal point of view. But from a purely epidemiological viewpoint restrictions should remain in place.

The main aim remained ensuring that the number of cases remained in a “safe zone”, he said. Germany’s reproduction rate is currently 0.9 - up on Friday when it was 0.7 - which means every person contracting the illness is infecting a further person. The number of new cases are currently doubling every 20 days, the number of deaths every 12 days.

According to health authority figures this morning, Germany currently has over 147,000 confirmed cases, and 4,912 people have died from the disease. Germany’s mortality rate from coronavirus is at 3.2 per cent. Schaade said it had risen, as the amount of infections and subsequent deaths in care homes and hospitals had increased.

He said test capacity was currently at 730,000 a week in Germany, but should ideally be around one million, with everyone who has a respiratory illness or infection of the airway getting tested. However, he pointed to practical problems with upscaling testing due to a global lack of reagents. 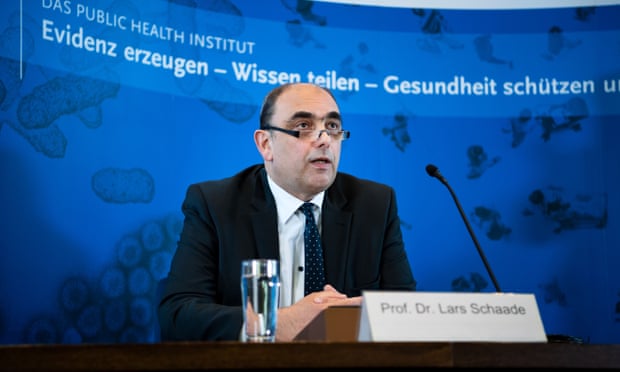 Schaade said advice about stopping the spread of the virus remained the same, and would do so as long as there was no vaccination: keep a distance of 1.5 metres, cough into the elbow and wash your hands. He advised the wearing of face protection which covered the nose and mouth in public places.

He said intensive tracking of those who had been in contact with infected people remained an important part of the strategy to tackle coronavirus, and was a “classical epidemiological tool”, enabling contacts to be “found and isolated so that they don’t infect more people”. 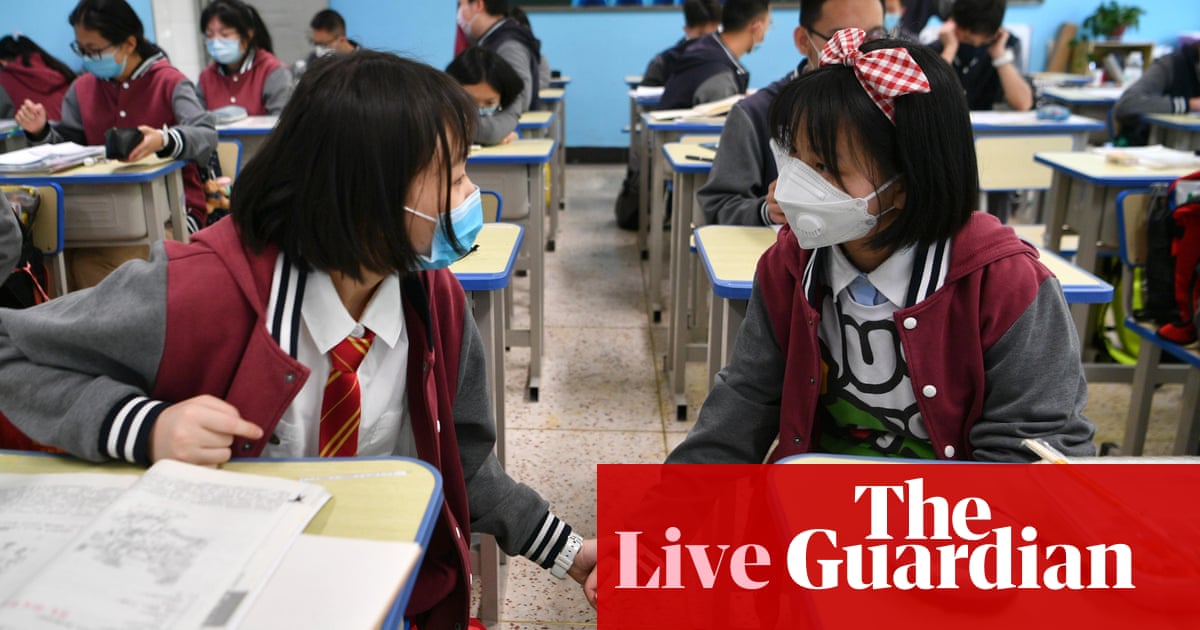 This blog is now closed.

The novel coronavirus lingers for as long as three weeks in the bodies of patients with severe disease, Chinese researchers reported Tuesday.

The virus can be found deep in the lungs and in the stool of patients, and the sicker they are, the longer it stays, the team at a hospital in China’s Zhejiang province reported. But the virus was found in the urine of patients less than half the time, and rarely in the blood at first.

Their report provides another piece of evidence about the pattern of disease in Covid-19 patients. It was published in the BMJ. Unlike many recently released studies about the coronavirus, this one has gone through peer review, which means other experts have reviewed the findings.

The team tested 96 patients treated in their hospital for Covid-19 between January and March. They tested samples from the nose and throat, from deeper in the respiratory system, in the blood, stool and urine. They wanted to see how long people had virus in their systems and whether it was likely to spread in various ways. The findings support other studies showing that the virus could spread in stool from infected people.

In general, the sicker people were, the longer the virus could be detected. That could be important for doctors to know, so they can predict which patients will fare better, and, perhaps, how long they may remain infectious to others.
“The median duration of virus in respiratory samples was 18 days,” they wrote.

More on this: An earlier Chinese study showed that people without symptoms had just as much virus in their noses as people who had Covid-19 symptoms -- something that indicated people who are not sick could be just as likely to spread virus as people who are.

The team in Zhejiang found that sicker people had more virus deeper in their respiratory tracts, however.

They also found differences between men and women with Covid-19. “In this study, we found that the duration of virus was significantly longer in men than in women,” they wrote.

“Our results shed light on the causes of disease severity in men in terms of the duration of the virus. In addition to differences in immune status between men and women, it has also been reported to be related to differences in hormone levels,” the team wrote.
Click to expand...

Lung damage in some #COVID19 patients might be preventing recreational diving after recovery.

Hydroxychloroquine and coronavirus: a guide to the scientific studies so far

With endorsements from a controversial French physician, Fox News, and Donald Trump, hydroxychloroquine – an old anti-malarial drug that is today more commonly used to treat lupus – has received a disproportionate amount of attention as a potential treatment for Covid-19.

The limited evidence around hydroxychloroquine so far has come in a steady stream of scientific studies, often as soon as they are posted online as “preprints” – ie before they have gone through the rigorous vetting process known as peer review. None of the studies that have been released meet the gold standard for demonstrating a drug’s effectiveness – a large-scale, double-blinded randomized controlled trial (RCT), though multiple trials of that kind are under way.

While the world awaits those results, here’s a guide to some of the studies released thus far: 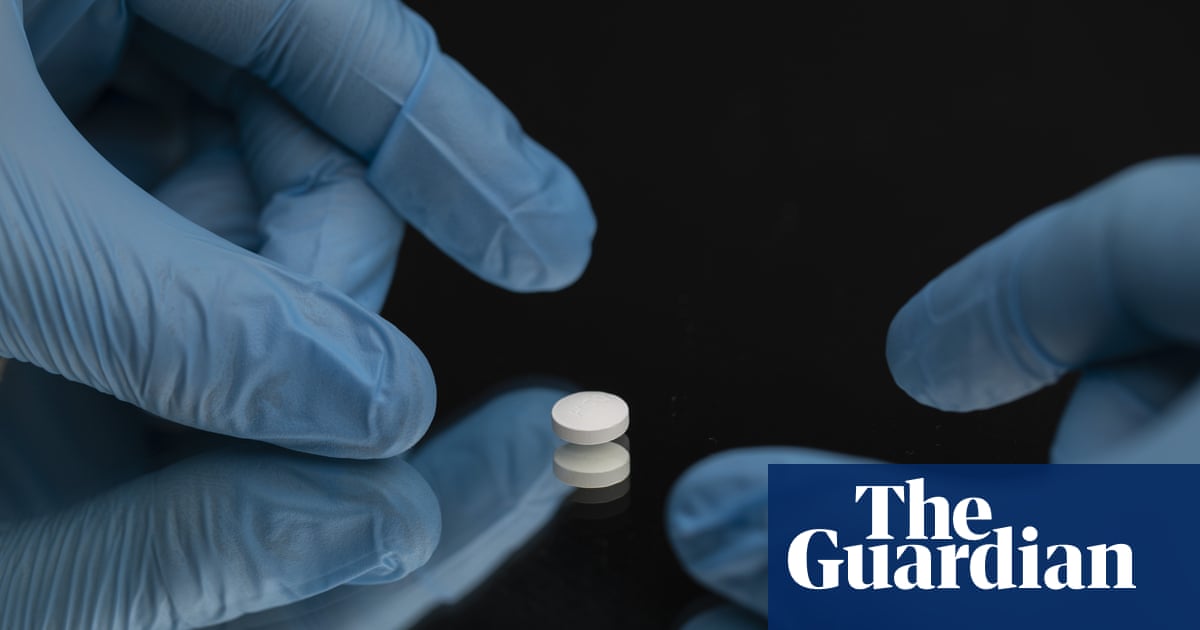 Hydroxychloroquine and coronavirus: a guide to the scientific studies so far

The drug – now a partisan wedge issue – has fueled hype and hope, but evidence of its effectiveness remains limited