BTC USD 61,323.1 Gold USD 1,792.47
Time now: Jun 1, 12:00 AM
Menu
Log in
Register
Navigation
Install the app
More options
Lights off
Contact us
Close Menu
You are using an out of date browser. It may not display this or other websites correctly.
You should upgrade or use an alternative browser.

For Kabul’s carpet, antique dealers, a long wait for buyers​ 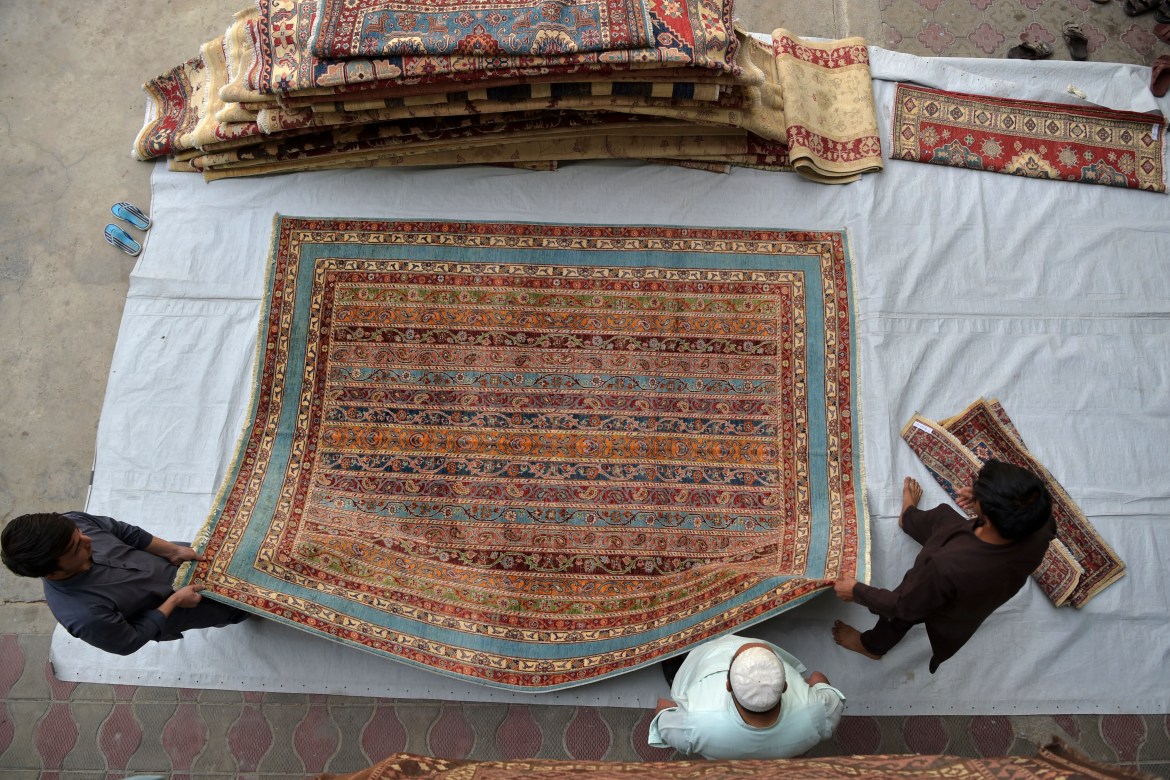 Afghan carpet vendors spread out a carpet to display at their shop in Chicken Street in Kabul. [Wakil Kohsar/AFP]
28 Sep 2021
Business for traders of carpets, antiques and souvenirs on Kabul’s famed Chicken Street has completely dried up since the vast majority of foreigners left the Afghan capital as the Taliban took over last month.
The once-bustling hotspot, where aid workers and adventurous tourists would shop for vintage tribal rugs, pottery and metalware, is almost empty of visitors looking for a bargain.
“Business has drastically changed because we don’t have a lot of foreigners going here and there in Kabul,” said carpet seller Abdul Wahab outside his empty showroom.
“So that has affected our business, like carpets, jewellery and the tribal things of Afghanistan.”
Wahab said most of his customers had been expats, such as NGO staff and diplomats, but almost all of them evacuated by the end of August, after the Taliban stormed to power in the weeks before.
Chicken Street was hugely popular in the 1960s and 70s among Kabul’s “hippie trail” visitors.
Tourism plummeted after the Soviet invasion of Afghanistan in 1979, but the street experienced a rebound after the US forces toppled the Taliban regime in 2001.
Wahab said, despite the recent lack of custom, he remained “very optimistic” that trade would pick up in the coming months.
“Our business only depends on security. If the security is good, foreigners will come, and then they will buy carpets or other textiles that are available in Afghanistan.”
Another dealer, 64-year-old Qadir Raouf, who owns a family carpet shop across the street, agreed.
“For the future, when there is peace, we can do good business,” he said.

“There are no foreigners to come. I hope the situation will be quiet and people are coming, starting business again.”
Originally from Herat in western Afghanistan, Raouf has had his carpet shop in Kabul for more than 45 years, sourcing old and new rugs from all over the country.
“These are our national things,” he said of his carpets. “We show them to all the world: Afghan people can make carpets.”
Haji Jalil has been selling porcelain artefacts, some of them up to 300 years old, for almost 30 years.
“Our business has not been good for the last two years,” he said in his Chicken Street shop, blaming the COVID-19 crisis for the start of the downturn.
“This street is fully dependent on the economy. If people’s financial situations are good, they come and buy the decorative goods such as carpets, handicrafts, precious and semi-precious stones.”
“Now businesses all over Afghanistan are not doing well.”
However, the 65-year-old said he had no plans to leave.
“I want to serve the people of my country,” he said. “Our business may be good outside Afghanistan and foreigners may come and buy our products.
“But I want to do my business in Afghanistan and do not think of doing it elsewhere.”
Further down Chicken Street, men sold fresh pomegranate juice, bananas and watermelons from carts as a small group of Taliban fighters watched on.
Haji Niyaz appeared to be doing a good lunchtime trade at his bakery, although the breadmaker in his 40s said his business was under threat too.
“The economy is weak,” he said, and the prices of flour and gas had gone up.
“We used to bake 4,000 loaves of bread every day, but now we can barely bake 2,000. I don’t think we can continue.
“If the current condition continues for 10 more days, things will be over in Afghanistan.” 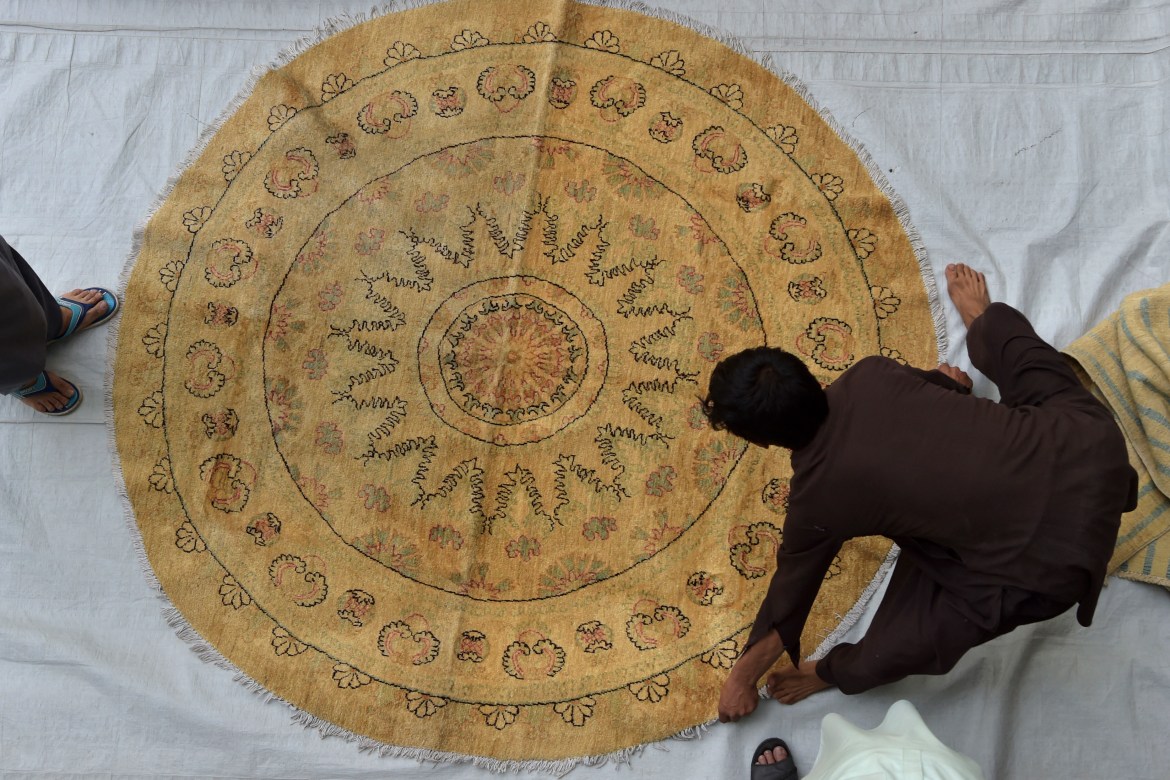 Afghan carpet vendors spread out a carpet to display at their shop in Chicken Street. The street was hugely popular in the 1960s and 70s among Kabul's 'hippie trail' visitors. [Wakil Kohsar/AFP] 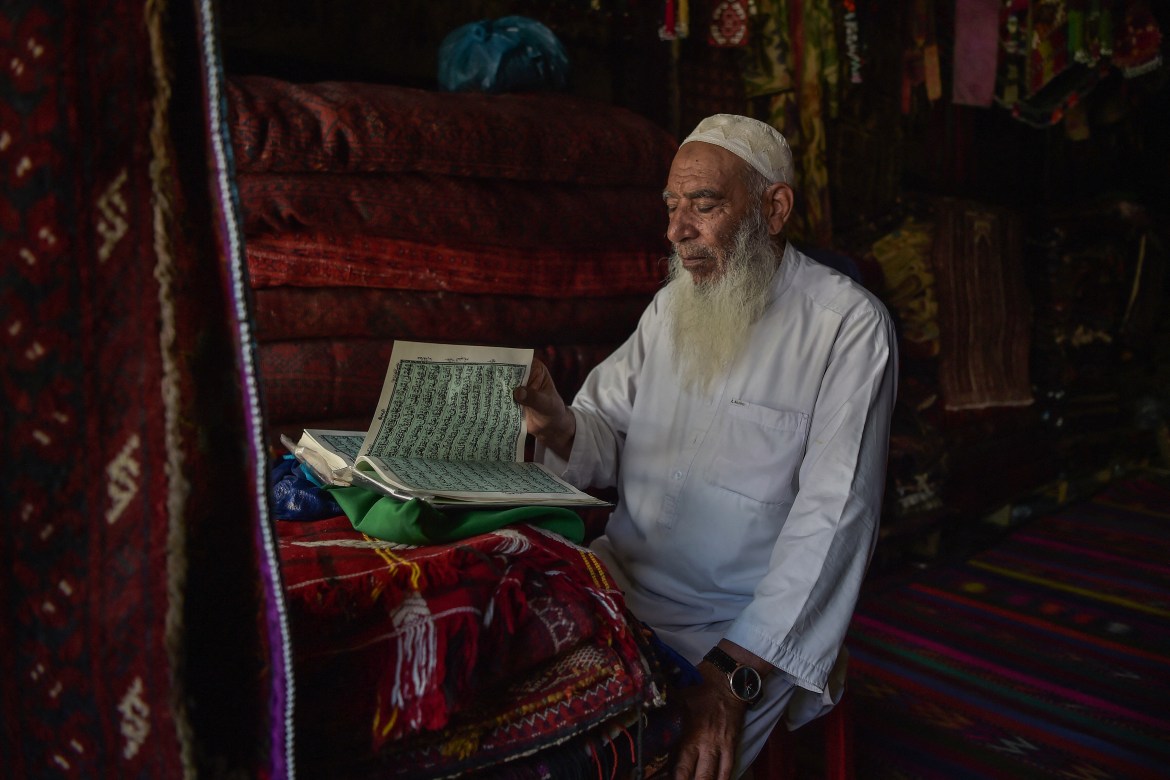 An elderly carpet vendor reads from the holy Quran at his shop in Chicken Street. [Wakil Kohsar/AFP] 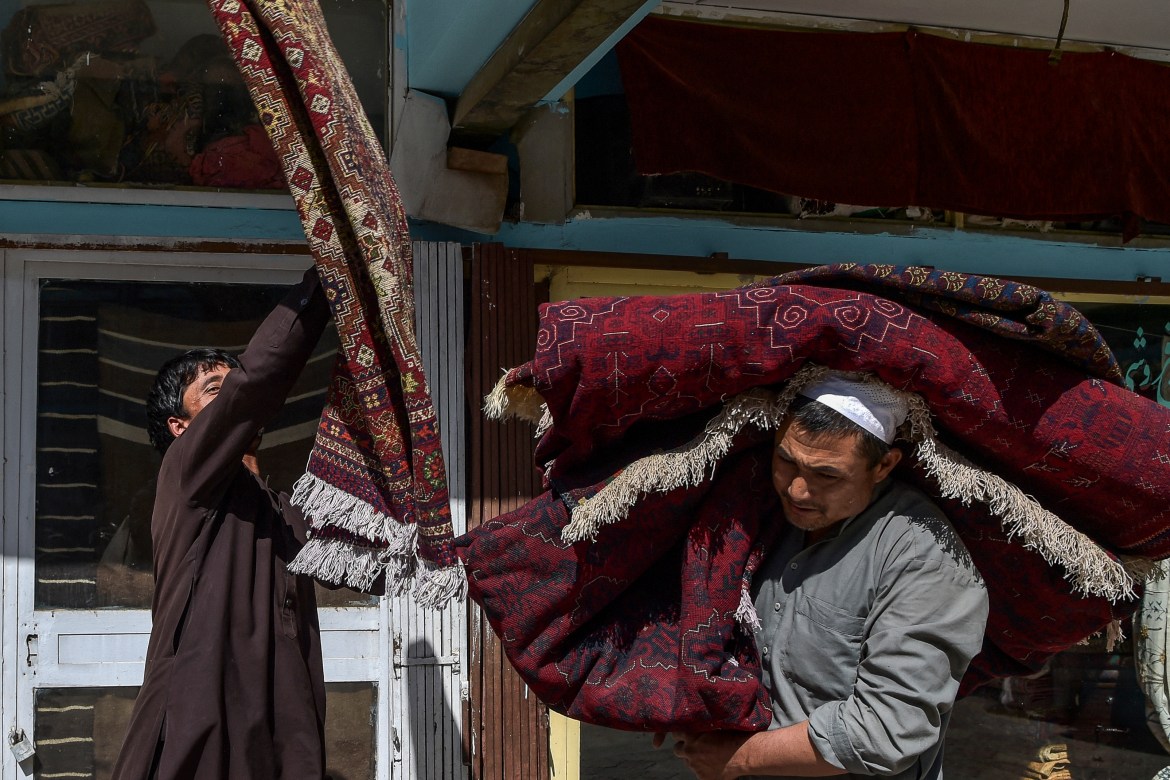 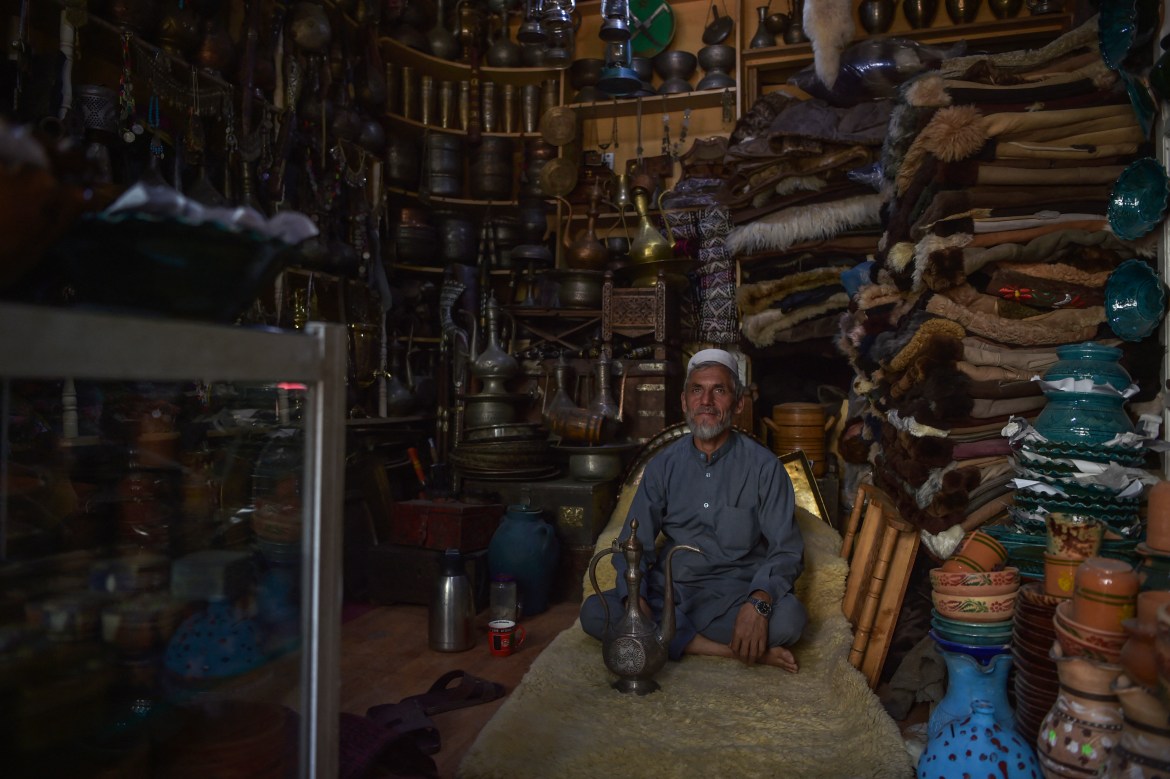 A pottery vendor sits inside his shop as he waits for customers. [Wakil Kohsar/AFP] 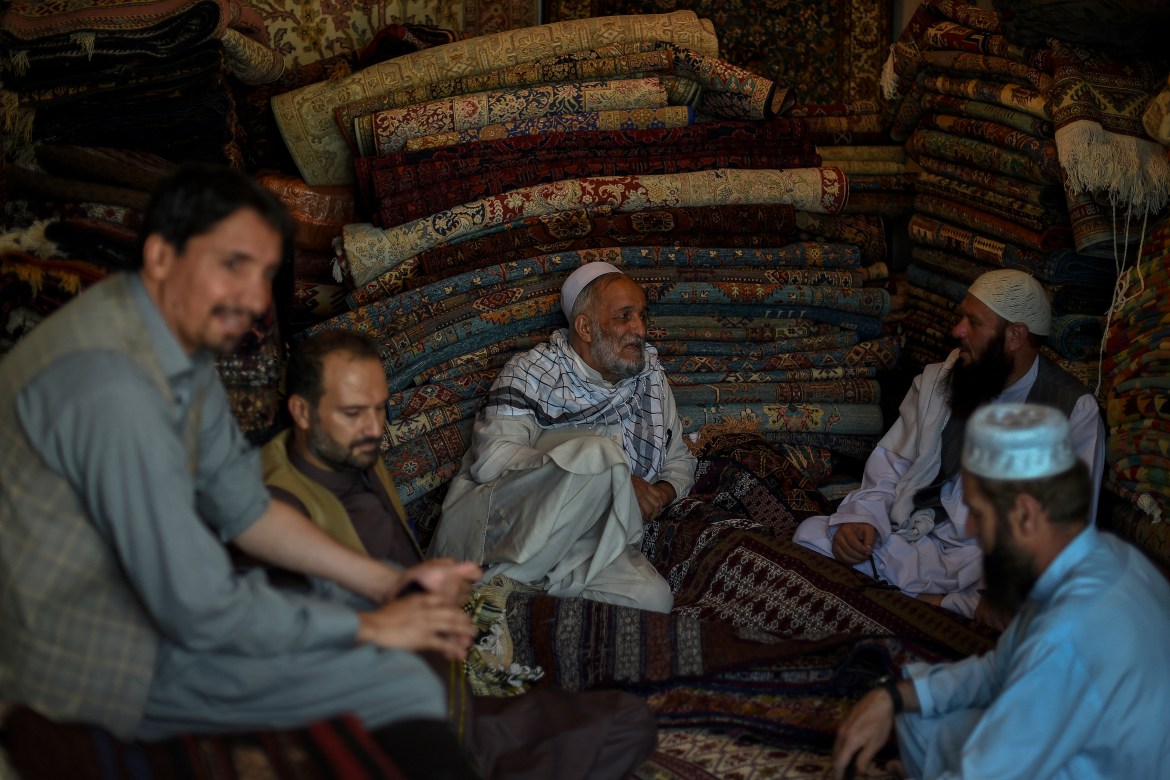 Afghan carpet vendors inside a carpet shop at Chicken Street. The once-bustling hotspot, where aid workers and adventurous tourists would shop for vintage tribal rugs, pottery and metalware, is almost empty of visitors looking for a bargain. [Wakil Kohsar/AFP] 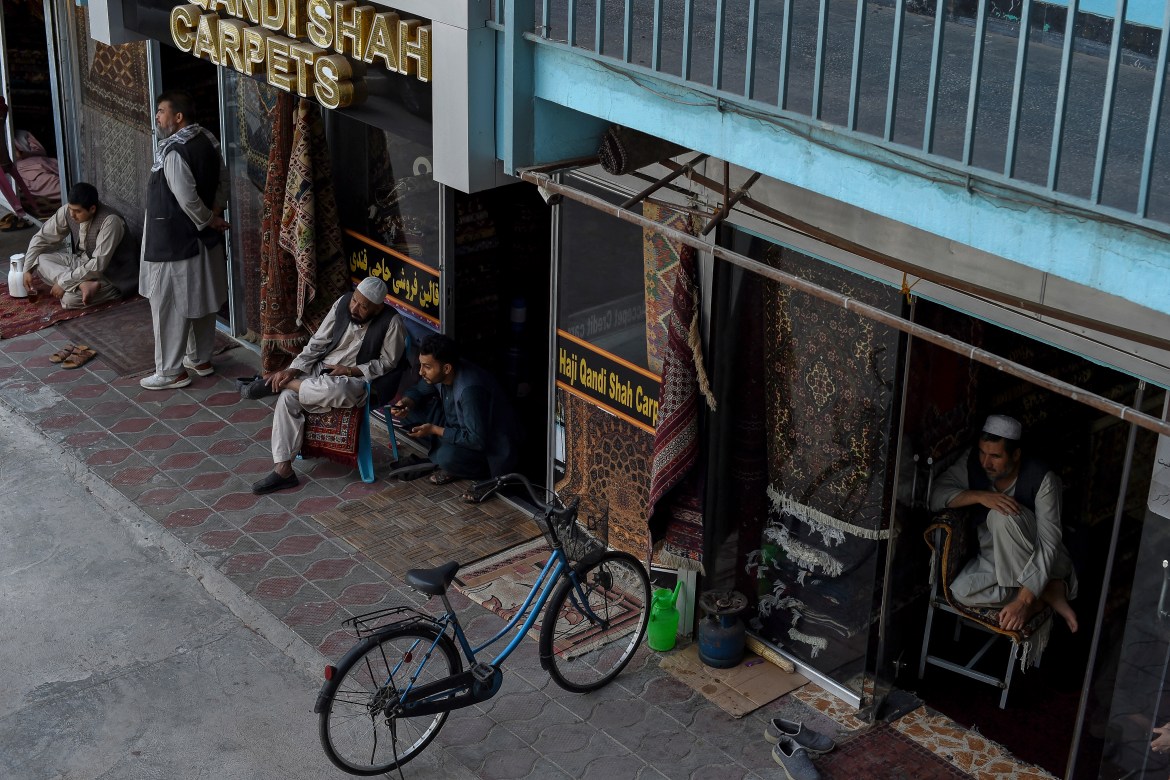 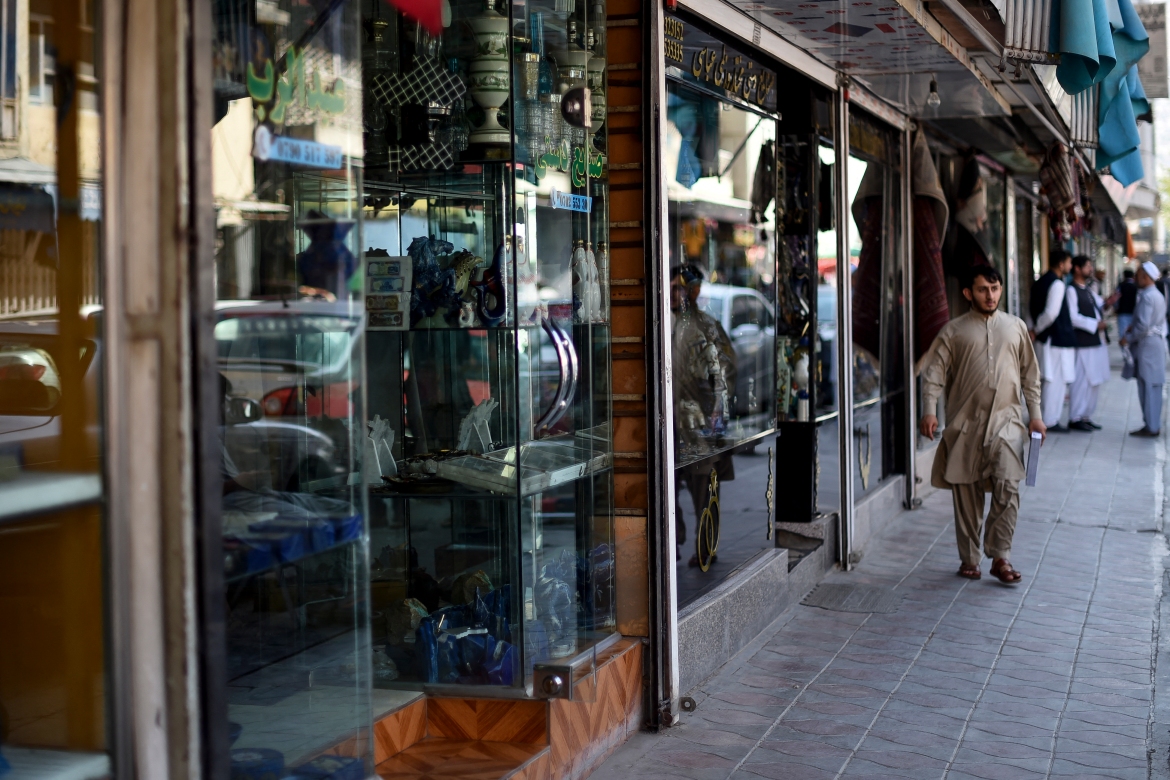 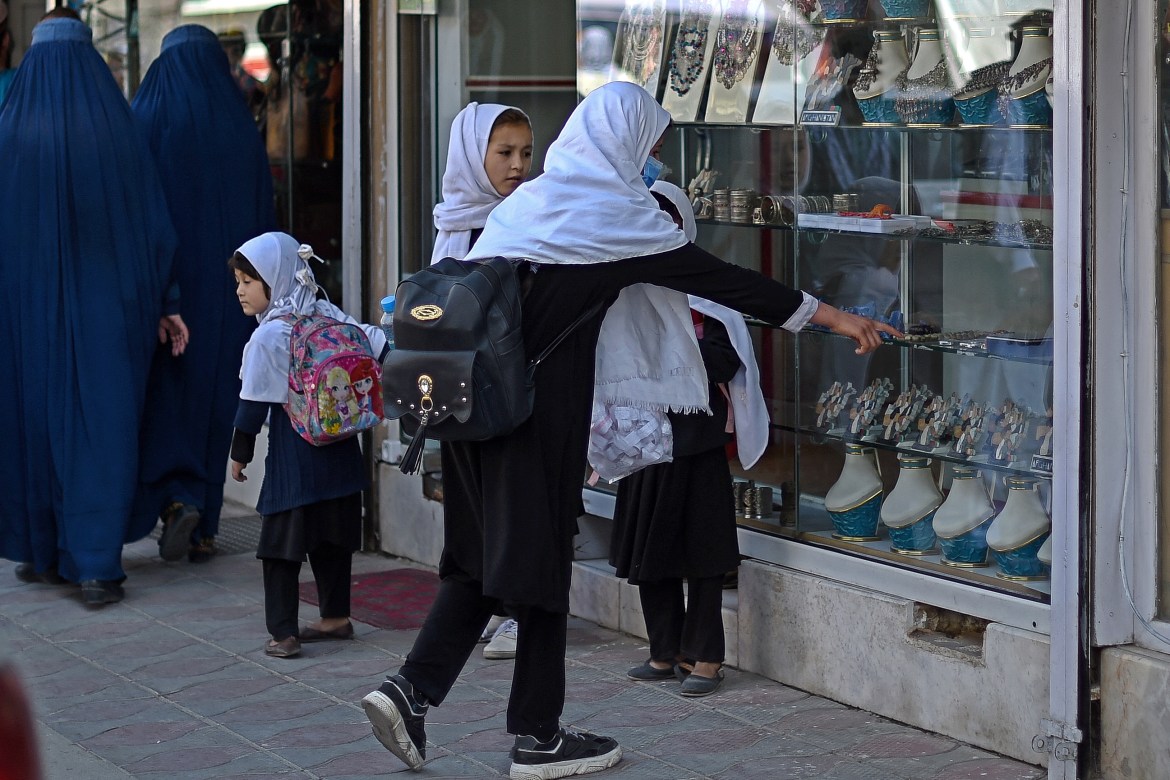 Afghan schoolgirls look at jewellery displayed on a window shelf of a shop on Chicken Street. [Wakil Kohsar/AFP] 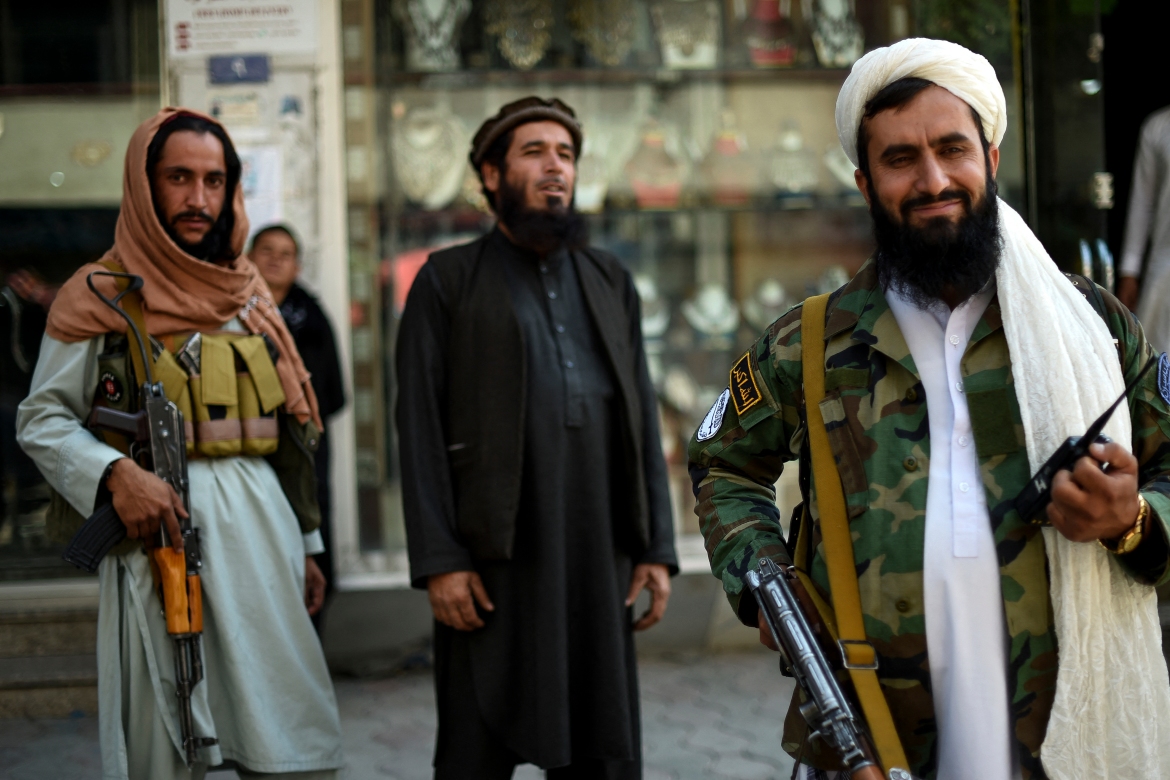 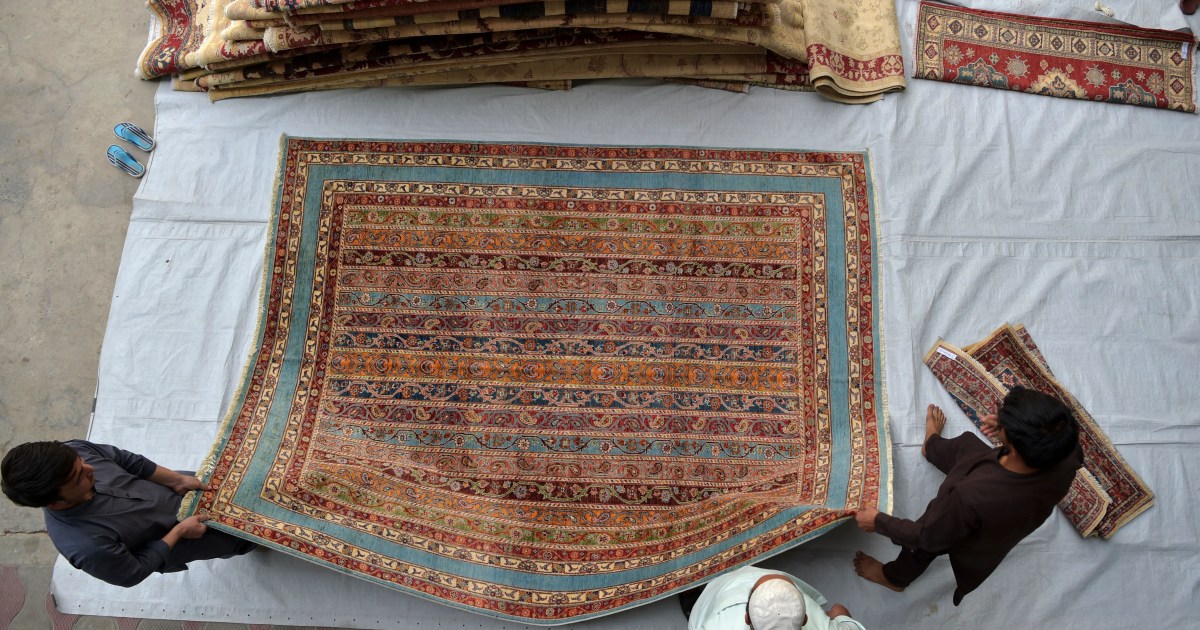