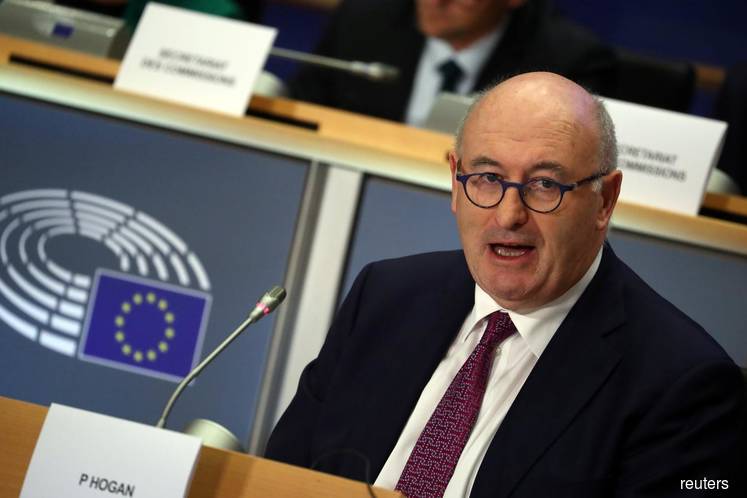 LONDON/WASHINGTON (Jan 16): The European Union will check to see whether a major deal struck by the United States and China complies with global trade rules, the EU's trade chief said on Thursday.

On Wednesday, Washington and Beijing scaled back their 18-month trade row that has hit global economic growth by signing an initial agreement under which China will boost its buying of US goods and services.

"The devil is in the detail," EU Trade Commissioner Phil Hogan told a conference in London, speaking by video link from Washington where he is meeting US officials this week. He added the details were, so far, "a bit sketchy".

"They have stepped outside the usual framework for doing deals ... and they are dealing directly on a bilateral basis and we will have to assess whether it is WTO compliant."

Hogan said "structural reforms" in China the EU and the United States wanted were not addressed in the agreement and the EU wanted to see what was on table in the second phase of negotiations between the United States and China.

He also said the United States and the EU urgently needed to resolve a dispute over aircraft subsidies. Only Beijing and the Chinese aerospace industry, he said, would ultimately benefit from a tit-for-tat transatlantic tariff dispute.

Asked about a US-French row over a digital tax which has seen Washington threaten to impose duties of up to 100% on French goods, Hogan said he thought eventually a way of implementing a global tax on technology giants such as Amazon and Google would be found.

"At the end of the day I think everybody accepts, including the United States, that there will be a global tax to deal with technology companies," he said, adding that it might take until 2021 or 2022 for talks to deepen.

On long-delayed reform of the World Trade Organization, Hogan said he expected the United States to move forward only in 2021 after the presidential election in November this year.

He also reiterated comments by EU Commission President Ursula von der Leyen last week who said it will be impossible for Britain to negotiate all aspects of its future relationship with the EU by the end of 2020, the deadline set by Prime Minister Boris Johnson, and both sides would have to prioritise.

"We need to wake up to this reality that gamesmanship and brinkmanship are not going to work on this occasion," Hogan said at the CSIS think tank in Washington. 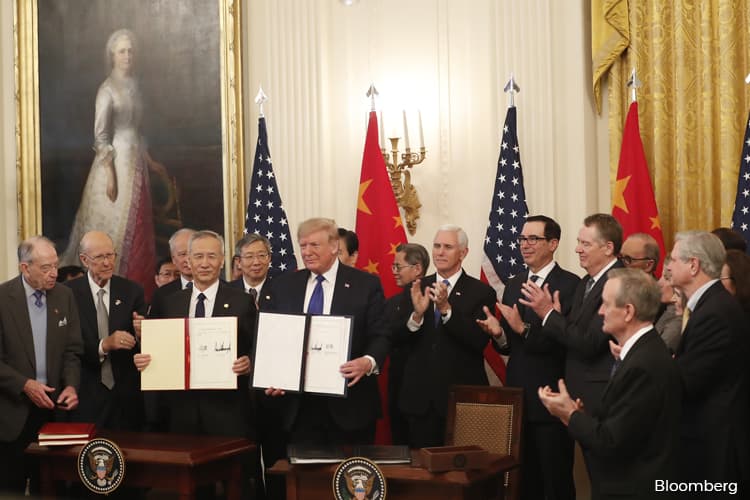 (Jan 17): Economists played down the prospect that the first phase of a trade deal signed this week by the U.S. and China will lift American economic growth in 2020, contradicting the optimism of the Trump administration.

The American Bankers Association’s Economic Advisory Committee-- a group of chief economists from large banks including Citigroup Inc. and Morgan Stanley -- forecast gross domestic product growth would slow to 1.9% in 2019 and stay there in 2020. That’s well below the 2.5% pace floated by Treasury Secretary Steven Mnuchin in a Fox News interview on Sunday. A Bloomberg survey conducted earlier this month estimated the U.S. economy expanded 2.3% last year and will grow 1.8% this year.

The economists cited lingering trade uncertainty as a risk during a press conference in Washington on Thursday, but said strong wage growth, low unemployment and continued job gains would ensure that consumer spending continues to support expansion.

“The concern is that there is still a lot of uncertainty about the relationship, not just between the U.S. and China, but also potential other trade uncertainties going forward with regard to other regions,” Catherine Mann, the committee's chair and Citi’s global chief economist, told reporters. 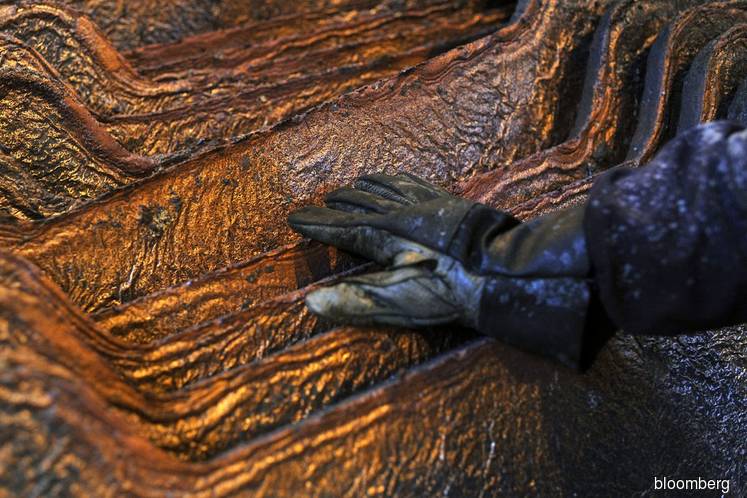 (Jan 20): Terms of Trade is a daily newsletter that untangles a world embroiled in trade wars. Sign up here.

The phase-one trade deal between the U.S. and China may bring some relief to copper exporters, helping shore up the finances of Chilean state-run producer Codelco, Mining Minister Baldo Prokurica said.

Copper prices may rally to $3 a pound, from an average of about $2.72 last year, as Washington and Beijing work to resolve their trade dispute that has ushered in a “complex period” of economic uncertainty, hurting industrial demand for the metal, Prokurica said in a phone interview.

U.S.-China tensions helped trigger a slowdown in global manufacturing, fueling concerns over the outlook for copper and keeping a lid on price gains even as inventories shrank. The two countries, the world’s biggest consumers of the metal, signed what they billed as the first phase of a broader trade pact on Wednesday. Copper prices rallied in the run-up to the agreement, and posted a second straight weekly gain.

“We constantly sustained our thesis, which I think has been confirmed,” Prokurica said Thursday. Copper is “artificially low because of the instability caused by the trade war.”

A resolution to the trade dispute may prompt buyers including China to rebuild their stockpiles, helping fuel the rebound in prices, Prokurica said. Inventories tracked by exchanges in Shanghai, London and New York have shrank by more than a third in the past six months.

Copper futures settled at about $2.85 a pound in New York on Friday.

Codelco, the world’s top copper producer, hands all of its profit to the Chilean government, which decides how much it will reinvest. The company has planned to spend more than $20 billion over a decade to modernize its aging mines and prevent a looming production slump.

Government funding for Codelco’s modernization has taken a backseat as President Sebastian Pinera prioritizes social projects after a wave of nationwide protests against income inequality in the country. Finance Minister Ignacio Briones has said the company “can access financing via capitalization or international markets,” touching off speculation among coper traders about whether the state-run miner would consider an initial public offering.

Prokurica ruled out an initial public offering for the mining giant.

“The privatization of Codelco isn’t part of President Pinera’s government agenda,” he said Thursday. “That’s a matter of constitutional reform, and it hasn’t been raised, not in the government’s agenda, and much less now.”

US deal with China is a victory for Trump, but more still needs to be done 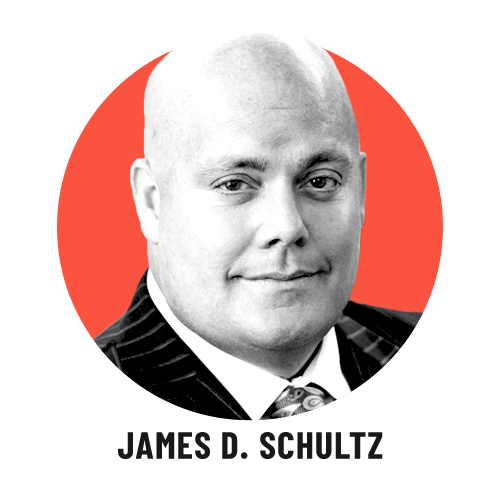 James D. Schultz is a CNN legal commentator and chair of the Government and Regulatory practice at Philadelphia-based law firm Cozen O'Connor. He served as senior associate counsel and special assistant to the president in the Office of White House Counsel during the Trump administration. The opinions expressed in this commentary are his own.

For decades, multiple presidential administrations did little while China flouted the rules and gained an unfair advantage in the international trade market. That changed when President Trump took office, and his consistently tough stance led to a "phase one" trade deal between the United States and China last week. And while it doesn't solve all of the trade issues between the United States and China, it's a good start.

In addition to easing tensions between the two nations, the deal requires structural reforms to China's economic and trade regime in the areas of intellectual property, technology transfer, agriculture, financial services and currency and foreign exchange, according to the Office of the US Trade Representative. It also includes a commitment by China to purchase $200 billion more in US goods and services over the next two years.

In the short term, the deal is a ceasefire. It releases some of the pressure on the US economy and will help farmers. The deal calls for China to purchase $32 billion in US agricultural products over the next two years.

It's true that the trade war has claimed casualties. America's farmers have been suffering. China responded to Trump's tariffs by placing crippling tariffs of its own on American agricultural products. US production costs have also risen as the two economic superpowers take turns throwing haymakers.

Still, Trump has been right all along and China's willingness to come to the negotiating table is proof. Trump's tariffs have hit China where it hurts.

China's growth has slowed significantly, especially in the area of industrial production.

The trade war has reduced the US trade deficit with China, as the Wall Street Journal reported, though China still exports far more manufactured goods to the United States than the other way around.

Looking forward, any long-term trade agreement with China will be a multi-step process. US tariffs will remain in place on $370 billion in Chinese goods. The president will use this as leverage in a future agreement. The new deal eases tensions — it doesn't eliminate them.

The next phase of any agreement needs to make technology a priority. China allegedly strong-arms US companies into handing over their technology to Chinese companies in exchange for access to China's vast market.

Innovation costs money. When US companies are forced to give up their technology, they often can't recover their initial investment. It's difficult to quantify the damage but some estimates show losses for US businesses in the hundreds of billions.

The new deal contains language which essentially says that any transfer of technology between the US and China should be voluntary. However, that particular section in the agreement lacks teeth.

It doesn't require China to change any existing law or regulation. Changes in Chinese law must be part of "Phase Two" to ensure that China is complying.

Forced technology transfer reduces the incentive for innovation and China has been getting away with it for far too long. We shouldn't be willing to simply accept China's word that it's going to stop.
"Phase one" is a start, not a finish. But, perhaps for the first time, the end of the trade war is in sight.