BTC USD 37,638.4 Gold USD 1,773.28
Time now: Jun 1, 12:00 AM
Menu
Log in
Register
Navigation
Install the app
More options
Lights off
Contact us
Close Menu
You are using an out of date browser. It may not display this or other websites correctly.
You should upgrade or use an alternative browser.

1. CPU uses the Rockchip VIA WM8505 chipset. This is the only 65nm ARM9 plus DSP core currently made in China. The CPU runs at a frequency of 600 MHz, and supports hardware acceleated 720p playback in various formats.
Some people would ask: how's the speed of these things?

We can tell you that using ARM 9 with the right blend of applications and platform makes it comparable for use on any PC, even though ARM9 by itself is not that powerful. This thing can even do 720p video. Just as with multi-core CPUs, the RK2808 is not just any single-core processor.

2. Using an independent audio chipset, the audio quality is good, particularily through the 3.5 mm jack. However note that the first production patch had a very quiet external speaker that is now resolved.

3. Uses a 7″ 800×480 display. Many Chinese customers who have purchased this device say that this is essentially a large-format MP4 player, and are very satisfied with the results. You can go online via wifi, read ebooks, go on instant messaging via QQ, play games, watch Youku (Youtube Chinese equivalent), Todou (another social video site with other features). If we take this thing to work, we are going to have too much fun!

4. Uses a resistive single point screen. We know that this isn't as good as what Apple has right now, but we had to make adjustments to achieve our desired price point.

5. Has a built-in accelerometer and TransFlash (micro-SD) memory expansion up to 16 GB. Typically 2 GB should be enough for most users. The memory expansion card is very important, as applications installs and other uses are through the memory card.Some applications require the a SD card to run, since they store some info onto the sd card. Although you cannont install applications onto SD card directly.

6. Internal wifi component, supporting connecting to the internet via wifi. There are plans to for bluetooth and 3G connectivity support at a later date.

7. Built in 3000mAh capacity battery. Current batch has about around 4-5 hours battery life

8. The outer shell is plastic. The backing can be ordered as either white, black, or silver. While there is a built in camera, the resolution is quite low at 1.3 megapixels extrapolated, 0.3 megapixels actual. (This is with any apad out there) if someone is telling you that the camera is new and 1.3 megapixel - 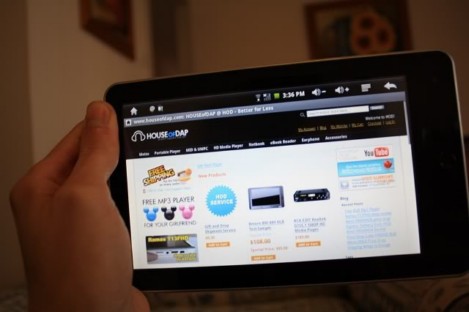 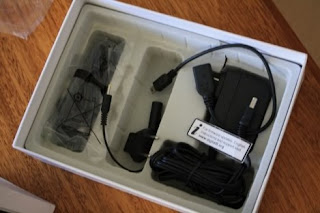