Malaysia’s trade minister is open to meeting his Indian counterpart at the World Economic Forum gathering this week. -REUTERS

KUALA LUMPUR: Malaysia’s trade minister is open to meeting his Indian counterpart at the World Economic Forum gathering this week, his ministry said on Monday, after New Delhi said no such encounter was possible amid a spat over palm oil supplies.

It was the second time in the last four days Malaysia expressed the possibility of such a meeting in Davos, during a standoff between a major supplier and buyer of palm oil caused by Malaysia’s criticism of Indian policies.

Malaysia’s Ministry of International Trade and Industry (MITI) reiterated that India’s trade ministry first sent a request on Dec 24 - before India placed curbs on imports of refined palm oil - for a bilateral meeting between the two ministers in Davos.

“In the spirit of economic partnership between our two nations, Malaysia has made every effort to accommodate the official request by India, but due to the busy schedule of both ministers, a mutually agreeable time has not been reached at the time of this statement,” MITI said.

“In the absence of a formal meeting, it is common for interested parties to meet informally and exchange views on the sidelines.”

It said MITI minister Darell Leiking “has expressed his openness to such discussion” with his Indian counterpart Piyush Goyal, mainly regarding India’s participation in the trade bloc Regional Comprehensive Economic Partnership.

An Indian trade ministry official, speaking on behalf of the ministry, told Reuters on Sunday that Goyal would not meet Leiking in Davos because of his tight schedule. No other meeting was scheduled between them, he said.

Malaysia, a Muslim-majority nation, is the second biggest producer and exporter of palm oil and India’s restrictions on the refined variety of the commodity imposed on Jan 8 have been seen as a retaliation for Dr Mahathir’s words.

Mahathir, the world’s oldest premier at 94, told a small group of reporters including from Reuters on Monday that India’s new citizenship law was “grossly unfair.”

But he said his nation of 32 million people was too small to take retaliatory action against India following its palm curbs.

Since the restrictions, thousands of tonnes of refined palm oil have been delayed or got stuck at various Indian ports, multiple sources told Reuters. - Reuters

Palm oil slides on worries over demand from top buyers After three months of sharp gains, palm oil prices have declined 11.5% so far in January, mainly after New Delhi slapped curbs on imports of refined palm oil and informally asked traders to halt all palm imports from Malaysia due to a diplomatic row.

JAKARTA: Malaysian palm oil futures fell as much as 7% on Tuesday, their most in over seven years, as a fast-spreading coronavirus in China raised fears over demand already hit by a diplomatic spat with India.

The benchmark palm oil contract for April delivery on the Bursa Malaysia Derivatives Exchange hit its lowest level since Nov. 28,2019 at 2,660 ringgit per tonne before settling down 5.7% at RM2,699 ($663.96) by the midday break.

"It is because of the virus (that) all commodities are down," a Kuala Lumpur-based trader told Reuters.

After three months of sharp gains, palm oil prices have declined 11.5% so far in January, mainly after New Delhi slapped curbs on imports of refined palm oil and informally asked traders to halt all palm imports from Malaysia due to a diplomatic row.

Further weighing on palm oil prices was soyoil's overnight movement on the Chicago Board of Trade, which hit a six-week low. It last traded 1.1% lower.

Palm oil is generally affected by price movements in related oils as its competes for a share in the global vegetable oil market. 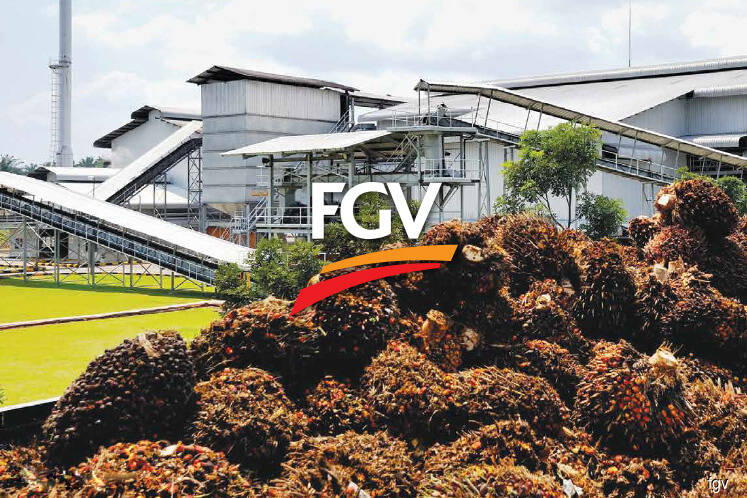 KUALA LUMPUR (Feb 10): The double-whammy to palm oil demand from a trade spat with India and the coronavirus in China is likely to prove only temporary, according to FGV Holdings Bhd, one of the world’s largest producers.

That’s because supplies are low this quarter, and food and fuel demand is set to stay robust over the long term, according to Chief Executive Officer Datuk Haris Fadzilah Hassan. India and China are the two biggest importers of palm, the world’s most consumed cooking oil.

“January to March will see low production, and it coincides with a period when the demand is stressed due to Wuhan and India,” Haris said in his first foreign media interview from the company’s headquarters in Kuala Lumpur. Demand will “correct itself” and prop up prices, he said.

A blistering price rally was shattered last month by the outbreak of the coronavirus and a deepening trade spat with India. People in China are staying at home and avoiding restaurants and hotels, curbing demand, while India is restricting imports of refined oil, which is hurting Malaysia amid political tensions. Still, after their steepest monthly loss in seven years in January, prices rebounded this week on the back of a supply squeeze in Malaysia.

While orders from India have dropped by about 10% to 15% for February and March, FGV will look to replace that shortfall with shipments to other markets such as Pakistan, Haris said, without specifying a comparative period for the decline. The exporter has minimal exposure to China as it doesn’t have long-term contracts with buyers there, he said.

“We’re not too worried; it’s a temporary setback for our country,” said Haris, who took the helm at FGV in January 2019. “In the whole scheme of things, we’ll have demand and supply that’ll move once these issues are managed.”

Spot prices of crude palm oil may trade in the range of RM2,500 to RM2,575 a ton in the next three months, and from RM2,500 to RM2,700 in the long term, Haris said. Palm needs to be “in an equilibrium” where it’s still attractive to use in food and fuel versus alternatives, he said.

Malaysian February spot prices were trading at RM2,876 a ton on Feb 7, according to the Malaysian Palm Oil Board. Benchmark futures posted their best week since 2016, with an advance of almost 8%.


Syed Mokhtar
FGV expects to conclude the sale of its 50% stake in loss-making Trurich Resources Sdn Bhd, which houses plantation assets in Indonesia worth RM1 billion (US$242 million), by the first quarter of this year, said Haris. Malaysia’s pilgrim fund Lembaga Tabung Haji owns the rest of Trurich, which controls 42,000 hectares of oil palm estates in Kalimantan, Indonesia.

Trurich’s board is negotiating with the final two potential buyers, Haris said. The sale became more protracted than anticipated partly because valuations had to be adjusted after the sudden surge in palm oil prices, he said.

After a leadership tussle and graft scandal in 2017, FGV’s new management is pushing ahead with a transformation plan that includes selling off non-performing assets, cutting costs and boosting productivity at palm operations. The shares jumped in December on speculation tycoon Tan Sri Syed Mokhtar Albukhary bid for a stake. Haris said FGV had not received a formal proposal.