GOLD AND USDX : Daily Signal And Analysis From InstaForex 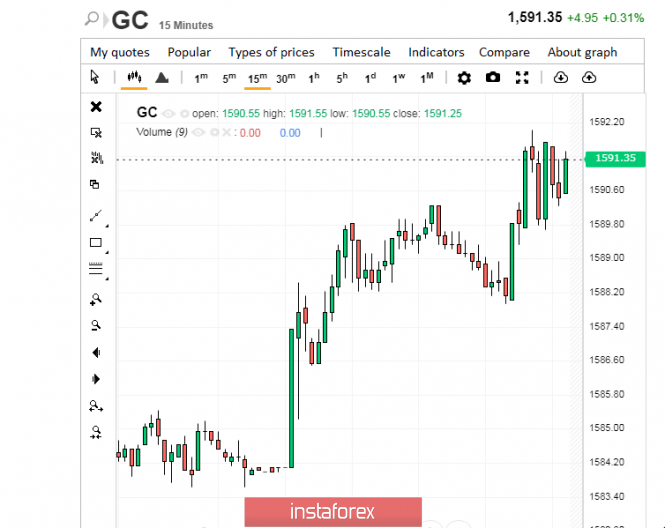 According to Wolfgang Seybold, director of AXINO Investment GmbH and an expert in the precious metals market, the price of gold traded in major world currencies has now reached a record peak.

Many central banks are actively buying precious metals for their reserves in order to reduce their dependence on the US currency.

According to Seybold, it is not the yellow metal that has increased in price, but the traditional currencies have depreciated in relation to it.

The expert is certain that with such depreciation, gold should cost much more, about $5000 per ounce. However, this is impossible, because it is contrary to the modern banking system.

The rapid rise in gold prices is hindered by a number of factors, including overbought precious metal quotes and a fall in the shares of gold mining companies.

At the same time, experts record a noticeable imbalance between the lack of growth in securities of gold mining companies and the active rise in the price of gold over the past four years. Note that since 2016, the gold quotes twice updated the current highs.

In the second half of February, the precious metals market begins to become seasonally cheaper, that is, from next week, a massive decline in gold is not ruled out.

Experts predict a drop in yellow metal to $1,540 per ounce, although they do not exclude the possibility of a rise. If the bar reaches $1620, gold will open the way to $1,700 per ounce or higher, analysts said.
You must log in or register to reply here.
Share:
Facebook Twitter Reddit Pinterest Tumblr WhatsApp Email Link