BTC USD 43,306.2 Gold USD 1,762.06
Time now: Jun 1, 12:00 AM
Menu
Log in
Register
Navigation
Install the app
More options
Lights off
Contact us
Close Menu
You are using an out of date browser. It may not display this or other websites correctly.
You should upgrade or use an alternative browser. Chow Kon Yeow went for an RT-PCR test as required on Friday and it was negative.

GEORGE TOWN: Penang chief minister Chow Kon Yeow has to undergo quarantine at his home after his bodyguard, a police officer, tested positive for Covid-19.
When contacted, the Tanjong MP said he would not be able to attend the special Parliament sitting pending his second test on Wednesday.

“I went for an RT-PCR test as required on Friday and it was negative. My next one is on Wednesday and I hope all will be good.
“I have been ordered by the state health department to undergo quarantine at my home with immediate effect after the officer tested positive,” the DAP MP said.

Chow said it was also possible that others from his office may also have to go for tests but could not say how many were affected.
With this, it is not known how many MPs will be unable to attend the sitting as there have been news reports of at least four MPs having tested positive prior to the mandatory tests before the Dewan session.

Chow was among the first to be fully vaccinated with the Pfizer vaccine during the first phase of the national Covid-19 immunisation programme.
He was also forced to cancel a site visit to an NGO-managed vaccination centre at the Autocity Juru shopping arcade in Bukit Mertajam today.

Meanwhile, deputy higher education minister Mansor Othman confirmed that he had tested positive for Covid-19 following a routine swab test last Friday.
The Nibong Tebal MP is the first to go public after a report said several MPs were among 35 officials attached to the Dewan Rakyat whose results returned positive ahead of the special sitting tomorrow.

Mansor told The Vibes that he was clueless as to how he had contracted Covid-19 as he had been observing all the SOPs.
He is now under self-quarantine at home and under observation by the public healthcare authorities. This means that it will not be possible for him to attend Parliament.
He also said that he had completed his second dose of the vaccine and was, for now, asymptomatic. 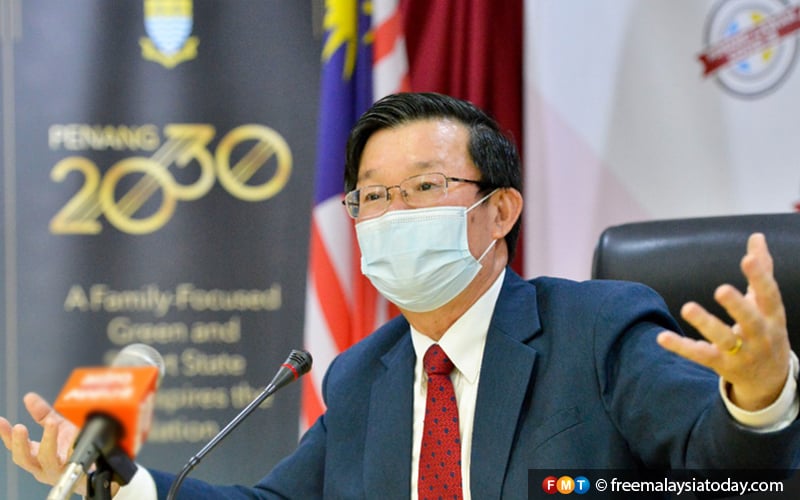 With this, Tanjong MP Chow Kon Yeow will miss the special Parliament sitting tomorrow, pending his second test on Wednesday.