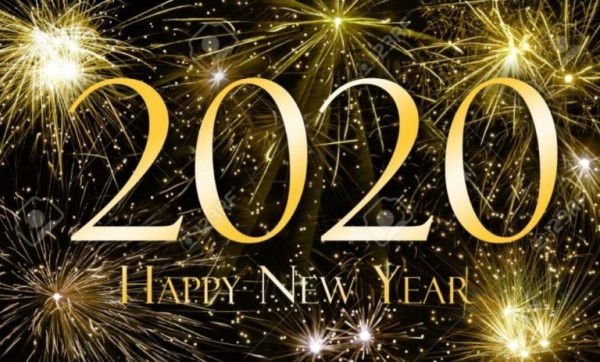 The memories that occurred in 2019 have been buried and replaced with new hopes in the new year.

To all FXOpen traders, we hope that this year we will become more profitable traders and improve the quality of trading.

In 2020 there will still be political turmoil that will affect the currency, the election of the American president, the discourse of the American and Chinese trade wars, the launch of Libra, the development of ethereum 2.0 which continues.

And there are still many possibilities that will happen in 2020, where there are optimists that the value of bitcoin will rise even higher starting this year.

They say that the blocks being mined are decreasing and this will drive prices up.

The application of blockchain technology is also growing, China is spending a lot of money on developing this technology

Traders and investors will prepare to welcome this 2020 new year 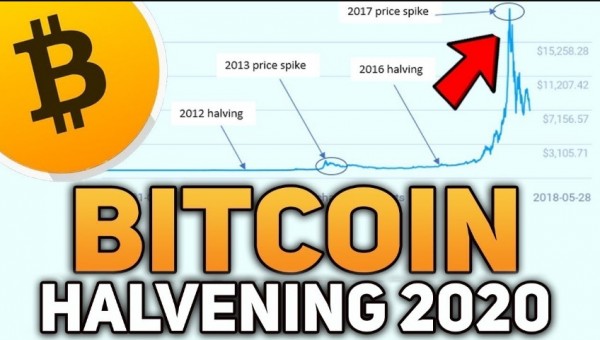 Halving day momentum, the price of bitcoin cryptocurrency has the potential to skyrocket to US $ 55,000 BTC in 2020. One of the strongest sentiments, comes from the rarity of bitcoin.

In addition to halving day, the increasing number of countries that legalize and use bitcoin has also become a positive sentiment for price drivers in 2020. Moreover, the decision of the Central Bank of the United States (US / The Fed) to hold its benchmark interest rates helped keep bitcoin moving forward.

Analysts say there are some positive sentiments next year which are considered capable of boosting bitcoin prices to the level of US $ 55,000 BTC.

This rally took place in May through September 2019 and pushed gold up to levels near $1600.

This did not happen in 2019 but it appears gold is setting up for another upside rally in 2020.

First, Gold may attempt a rally to a level above $1700 before March/April 2020 and potentially extend this rally to well above $1850 by August/September 2020.

If we consider what happened in 2008/09 with the global credit market crisis, both gold and silver contracted lower near the start of this crisis (in late 2008).

Eventually, gold began to move higher in August/September 2009 (well into the crisis event).


In the past few days, crude oil price consolidated above the $60.00 support against the US Dollar. Finally, the bulls took control and they were able to push the price above the $61.00 and $62.00 resistance levels.

Besides, there was a break above a major bearish trend line with resistance near $61.05 on the hourly chart of XTI/USD. The price spiked above the $63.00 resistance area and settled above the 50 hourly simple moving average.

Any further losses may perhaps lead the price back towards the $61.20 support and the 50 hourly simple moving average. The next major support is near the $60.20 and $60.00 levels.

The Euro started a steady rise from the 0.8440 swing low against the British Pound. The EUR/GBP pair broke a few important resistances near the 0.8480 and 0.8500 levels to move into a positive zone.

Any further gains could lead the EUR/GBP pair towards the main 0.8600 resistance area in the near term. Conversely, there might be a short term downside correction towards the broken trend line and 0.8520.

The warming conditions in the Middle East caused investors to feel anxious and would try to find assets that were low in risk.

After the death of General Qasen Sulaimani, several European currencies experienced a decline, but the conditions did not make him weaker, and still as temporary changes as a result of investor panic.

The rally movement was halted in the area and the price dragged back to the level of 1.31207, the impact of the Iran war was not very felt in this major pair, but indications of a weakening of the usd are still open.

This can also be related to brexit news and developments, but Trump's mistake with the government to kill for no justifiable reasons is immoral.

This could have triggered a weakening of the USD because of the declining level of confidence.

While with technical analysis the GBPUSD signal appears Psar as an indication of the rising trend has begun, will this be a valid signal, while the MACD histogram is in a bullish trend

The US Dollar dived recently below the 108.00 support area against the Japanese Yen. The USD/JPY pair traded close to the 107.65 support area before it starting an upside correction.

Besides, the 76.4% Fib retracement level of the recent decline from the 108.62 high to 107.64 low is likely to act as a hurdle. Moreover, there is a major bearish trend line in place with resistance near 108.50 on the hourly chart.

On the other hand, USD/JPY might fail to continue above the 108.50 resistance. In the mentioned case, it could resume its decline and trade below the 108.00 and 107.80 support levels in the near term.

The discourse of tension in the Middle East is still a hot topic this week, the Iran-United States war is on the edge.

Meanwhile, in the forex market, GBPUSD declined again in the trading session yesterday, the USD strengthened again against the British sterling and several other currencies also under dollar pressure.

It seems that speculators play in this condition and cause an increase in USD buying volume which causes this currency to strengthen against its rivals.

While looking at technical analysis with the help of the MACD indicator and Parabolic SAR, it appears that the histogram is still above the zero levels, meaning that the trend is still an uptrend, but with declining volume

Parabolic SAR provides information that three dots appear from below the price, this is a buy signal based on how this indicator works.

It is possible that the price will still move towards the support level 1.29243, while the resistance level is 1.32556


A similar price action was observed for crude oil price as it started a sharp decline from well above $65.00 against the US Dollar. The price trimmed most gains and declined below the $62.20 support.

Besides, there was a break below a key bullish trend line with support near $62.55 on the hourly chart of XTI/USD. The price settled below the $62.00 area and the 50 hourly simple moving average.

GOLD AND USDX : Daily Signal And Analysis From InstaForex
77 78 79