BTC USD 19,065.2 Gold USD 1,643.90
Time now: Jun 1, 12:00 AM
Menu
Log in
Register
Navigation
Install the app
More options
Lights off
Contact us
Close Menu
You are using an out of date browser. It may not display this or other websites correctly.
You should upgrade or use an alternative browser.

You are pushing your own barrow and you too could do unbiased research, rather than the biased line from our politicians including the CMO. The therapies do work and #ivermectin is successful and the scientists who discovered it became #NobelLaureates


A Yale University professor and renowned cancer researcher has pored over the COVID-19 literature and treated several dozen patients. He can remain silent no longer.


Dr. Alessandro Santin, a practicing oncologist and scientist who runs a large laboratory at Yale, believes firmly that ivermectin could vastly cut suffering from COVID-19. Santin joins a growing group of doctors committed to using the safe, generic drug both as an early home treatment to prevent hospitalization and alongside inpatient treatments like steroids and oxygen.


“The bottom line is that ivermectin works. I’ve seen that in my patients as well as treating my own family in Italy,” Santin said in an interview, referring to his father, 88, who recently suffered a serious bout of COVID. “We must find a way to administer it on a large scale to a lot of people.”


Santin’s statements carry the prestige of a leadership position at Yale School of Medicine and the gravitas of a top uterine cancer researcher, who has authored more than 250 science journal articles and pioneered treatment, used worldwide, for the most aggressive form of uterine cancer. At Yale, he is an OB/GYN professor, team leader in gynecologic oncology at the Smilow Comprehensive Cancer Center, and co-chief of gynecologic oncology.

Improvement Across the Board​

When COVID came along, Santin began reading about how best he might help his cancer patients, 10 to 20 percent of whom were coming in infected with COVID. He began using ivermectin after the National Institutes of Health changed its advisory in January to allow the drug’s use outside of COVID trials.


Santin’s endorsement is not only important but broad. He said he has seen ivermectin work at every stage of COVID — preventing it, eliminating early infection, quelling the destructive cytokine storm in late infection, and helping about a dozen patients so far who suffered months after COVID. One of them is an athlete and mother of two, 39, who had been disabled by post-COVID chest pain, shortness of breath and fatigue; she confirmed in an email to me her joy at being able to walk up a hill again and breathing better within 72 hours of her first dose.


“When you have people that can’t breathe for five, six, eight, nine months and they tried multiple drugs and supplements with no success, and you give them ivermectin,” Dr. Santin said of long-haul patients, “and you see that they start immediately feeling better, this is not placebo. This is real.”


The majority of patients improved within one to three days, he said, particularly those with breathing problems, debilitating fatigue and chest pain. Two draft studies from Peru have reported improvement with ivermectin in long-haul patients; several physicians, like Santin, have also had anecdotal success.


Beyond his outpatients, Santin has treated family members and friends infected with COVID in both his home community in Connecticut and in his native Italy via telemedicine. There, he prescribed ivermectin to more than 15 families, in which parents, children or others had became infected; the goal was both to treat early and prevent severe COVID, as studies have shown ivermectin does.


“I have not a single one that right now had to go to the hospital to receive oxygen,” he said. “I have no doubt ivermectin saved my 88-year-old father’s life.” His father survived COVID despite high blood pressure, cardiac disease that led previously to seven stents and open heart surgery, and lung problems. “If I can save you,” he said referring to his father, “I can tell you, I save anybody.”


Santin said he has also consulted on inpatient care with a colleague at a hospital in his native Brescia, one of the cities hardest hit by COVID in Italy.


Two Italian newspapers first reported Dr. Santin’s experience with ivermectin, on March 5 and March 18. In the first article, he told the newspaper il Fatto Quotidiano, “Ivermectin can really be the game-changer against COVID-19.” He reported seeing cancer patients “radically improve their shortness of breath and oxygenation” within 24 to 48 hours of their first dose.


In a subsequent article in Affaritaliani newspaper, he described his surprise after first reading the body of 40 positive ivermectin studies and then using the drug on patients. “I did not expect that a drug approved over 35 years ago with other indications [namely to treat parasitic worms and scabies] could really be so effective and well tolerated in COVID patients,” he said. 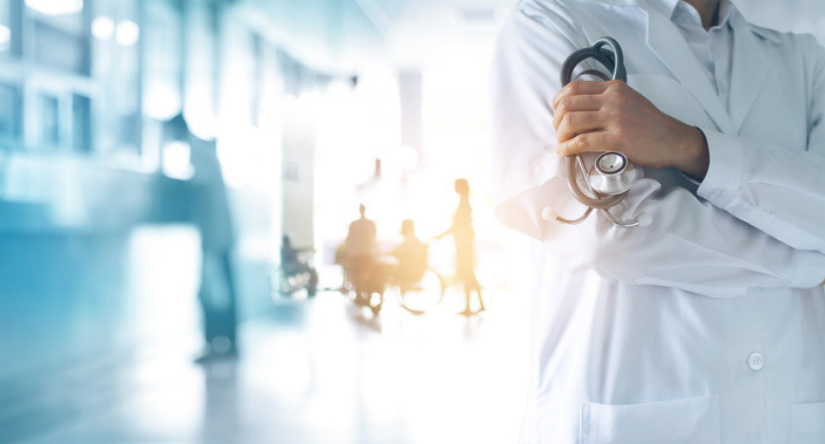 Note that views expressed in this opinion article are the writer’s personal views and not necessarily those of TrialSite.
trialsitenews.com A legal notice is served by Indian Bar Association (IBA) upon Dr. Soumya Swaminathan, the Chief Scientist at the World Health Organisation (WHO) on May 25, 2021 for her act of spreading disinformation and misguiding the people of India, in order to fulfil her agenda.

The notice is based on the research and clinical trials carried out by ‘Front Line COVID-19 Critical Care Alliance’ (FLCCC) and the British Ivermectin Recommendation Development (BIRD) Panel, who have presented enormous data that strengthen the case for recommendation of Ivermectin in prevention and treatment of COVID-19.

Dr. Soumya Swaminathan has ignored these studies/reports and has deliberately suppressed the data regarding effectiveness of the drug Ivermectin, with an intent to dissuade the people of India from using Ivermectin.

However, the Indian Council for Medical Research (ICMR) and All India Institute of Medical Sciences (AIIMS), Delhi have refused to accept her stand and have retained the recommendation for Ivermectin under ‘May Do’ category, for patients with mild symptoms and those in home isolation, as stated in ‘The National Guidelines for COVID-19 management’ last updated on May 17, 2021.

In order to stop Dr. Soumya Swaminathan from causing further damage to the life of citizens of this country, IBA has decided to initiate legal action against her and as part of the process, a legal notice has been served upon her.

IBA has observed that the content of several web links to news articles/reports included in the notice served upon Dr. Soumya Swaminathan on May 25, 2021, which was visible before issuing the notice, has either been removed or deleted now.

IBA had anticipated this and therefore, we have downloaded soft copies of these news articles before issuing the legal notice. It is ludicrous on part of the forces resorting to such cowardly acts, for they do not know that they are providing very strong evidence of their desperate attempt at blocking information/news regarding Ivermectin.

A legal notice is served by Indian Bar Association (IBA) upon Dr. Soumya Swaminathan, the Chief Scientist at the

InstaForexRebat said:
Tuesday, 9am Pacific, I will be talking live in the DarkHorse studio with
@PierreKory
of FLCCC /
@Covid19Critical
on the pandemic, the care of COVID-19 patients and the multidimensional campaign against Ivermectin.

The fight for IVERMECTIN is an epic struggle to save lives & preserve human rights.

Those denying the effectiveness of #ivermectin should watch this

Why I resigned as a GP Partner

Full video available and uploaded to my Instagram channel if anyone wishes to see: drsamuelwhite