BTC USD 61,817.4 Gold USD 1,769.41
Time now: Jun 1, 12:00 AM
Menu
Log in
Register
Navigation
Install the app
More options
Lights off
Contact us
Close Menu
You are using an out of date browser. It may not display this or other websites correctly.
You should upgrade or use an alternative browser.

The World Bank (WB) in Washington has confirmed through a new study that Sabah is not only the poorest state in Malaysia but it’s likely to stay that way for a considerable length of time given current efforts in poverty eradication.

The bottomline was that Malaysia’s economic planning in Sabah so far has not been for inclusive growth.

The study contained in the World Bank’s 2010 Malaysia Economic Monitor (MEM), the third in its series, was handed over last night to the state government by WB representative Emmanuel Jimenez, also Human Development Sector Director (East Asia and Pacific Region).

“Although efforts by the Government have somewhat brought down the poverty rate, it’s still not enough,” said Jimenez. “The MEM shows that Sabahans continue to struggle to make ends meet. This is more evident in the outskirts of the towns.” -Malaysiakini 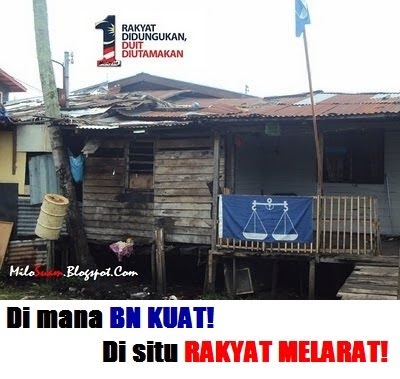